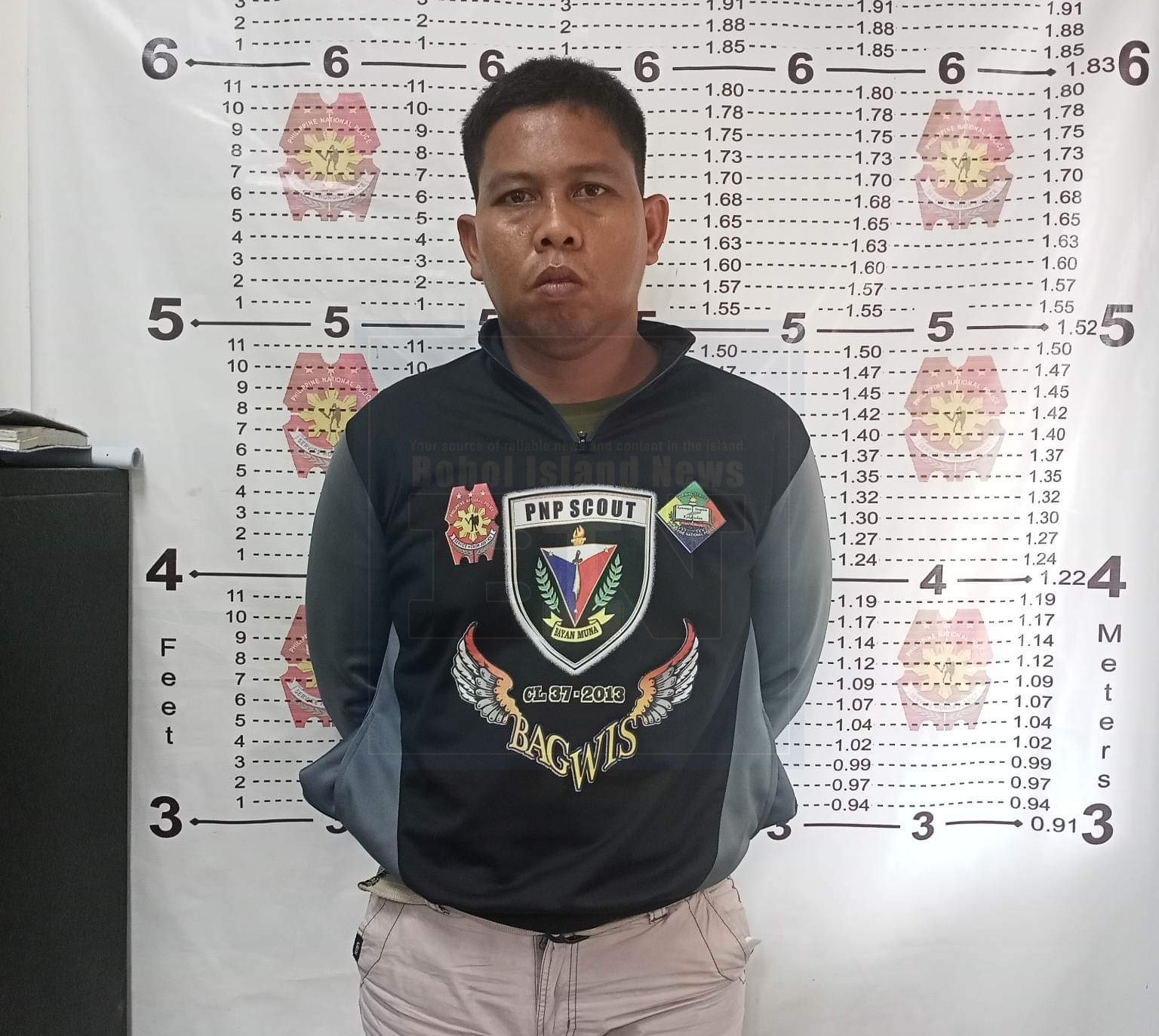 A policemen was arrested for robbery during a manhunt operation conducted by the Bohol Provincial Police Office- Provincial Intelligence Unit on Saturday, Dec. 17, 2022

According to the initial report from the Trinidad Police Station the police officer was arrested around 1 p.m in Tagum Sur in Trinidad town.

The suspect was identified as Staff Sergeant Conchito Payac Jr, 33, a resident of Aguining, Pres. Carlos P. Garcia. He is assigned at Dauis Police Station.

He was arrested by his colleagues after he was found to have robbed AVA gasoline station in Purok 4, Poblacion, Trinidad, Bohol

Police said P8, 000 were recovered from the suspect.

He was positively identified by the cashier and gas boys.

He added Payac was involved in illegal gambling, and also owns a chicken farm, adding that it is possible that he was not able to sustain his vice.