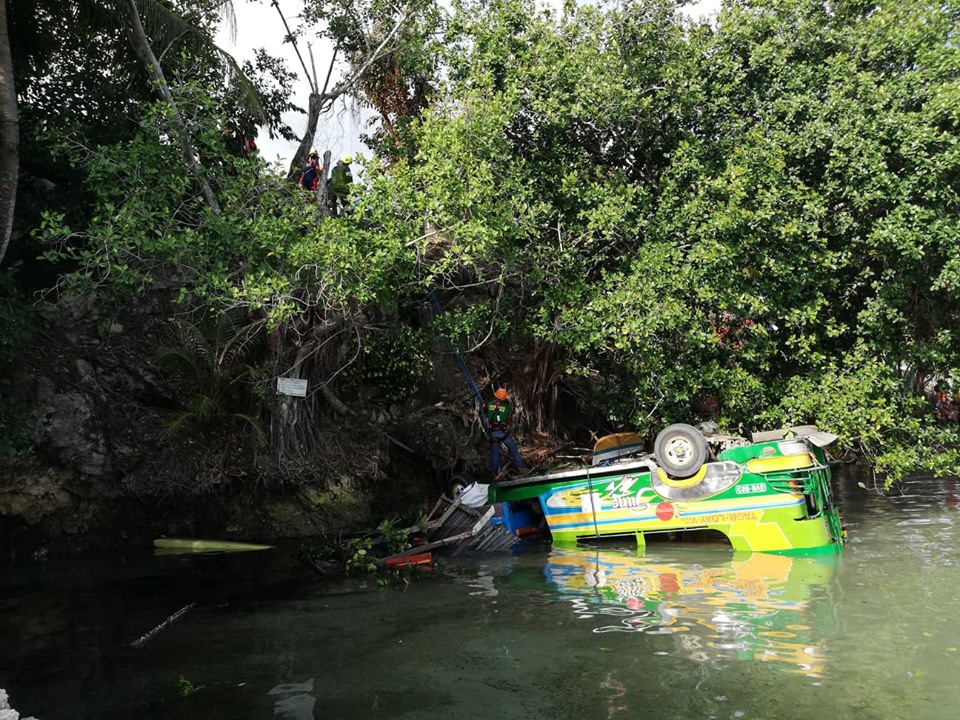 Margarito Jamisola, 75, a resident of Alburquerque town, who was confined at the Gov. Celestino Gallares Memorial Hospital (GCGMH), died at 6 p.m. Thursday night.

Other two fatalities were Feliz Berta Cabillanes, 70, a resident of  Capitol Site in Tagbilaran City, and Eusebia Cubian, 56, a resident of Loay town.

Cabillanes and Cubian who were rushed to GCGMH following the accident at 3 p.m. were declared dead on arrival.

Cabillanes was on her way to Loay town to buy longganisa and chorizo for her business, according to her neighbors.

The other 26 injured passengers – including two babies, aged one and two–based on an initial list of victims released by GCGMH were still at the hospital.

According to authorities, all of those injured and killed took the public utility jeep (PUJ) which was bound for Loay which barrelled downhill along the Mansasa-Dampas Road hitting the firetruck of Baclayon town and a private car before hitting the waiting shed and  falling off a cliff.

The firetruck was travelling from Baclayon to Tagbilaran City and the private car (Kia Picanto) headed towards Baclayon along VP Inting Street in Barangay Mansasa.

Initial investigation said that the brakes of the jeep appeared to have malfunctioned.

The driver of the jeep identified as Jovelito Curangcurang, 32, who was also injured.

According to Tagbilaran City Police Station, Curangcurang will be charged with reckless imprudence resulting to multiple homicide and serious physical injuries.

Police shut the road following the accident, and were directing traffic to other routes.