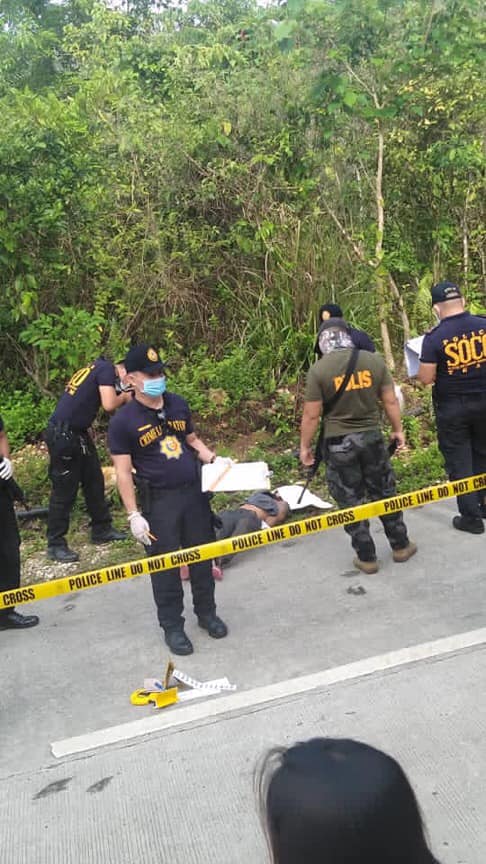 The highway along the Sikatuna-Balilihan road became the site of a gruesome discovery early Friday morning when the body of a dead man was found.

The victim has not been identified as he did not have an identification card on him but he is believed to have been around 25 to 30 years old.

According to NUP Rey Sinajon of the Bohol Provincial Police Office, the man sustained a bullet wound in the head.

Both hands of the victim were tied with a plastic cable tie, Sinajon added.

Half portion of the man’s left ear was mutilated.

The victim was wearing a long pants but the t-shirt was removed.

He had a dragon tattoo marks in his left arm and Gothic writings in the right arm.

Some residents who were at the crime scene suspect that the man may have been the victim of summary execution.

The dead body has been brought to a funeral parlor.

Police are currently investigating the incident.