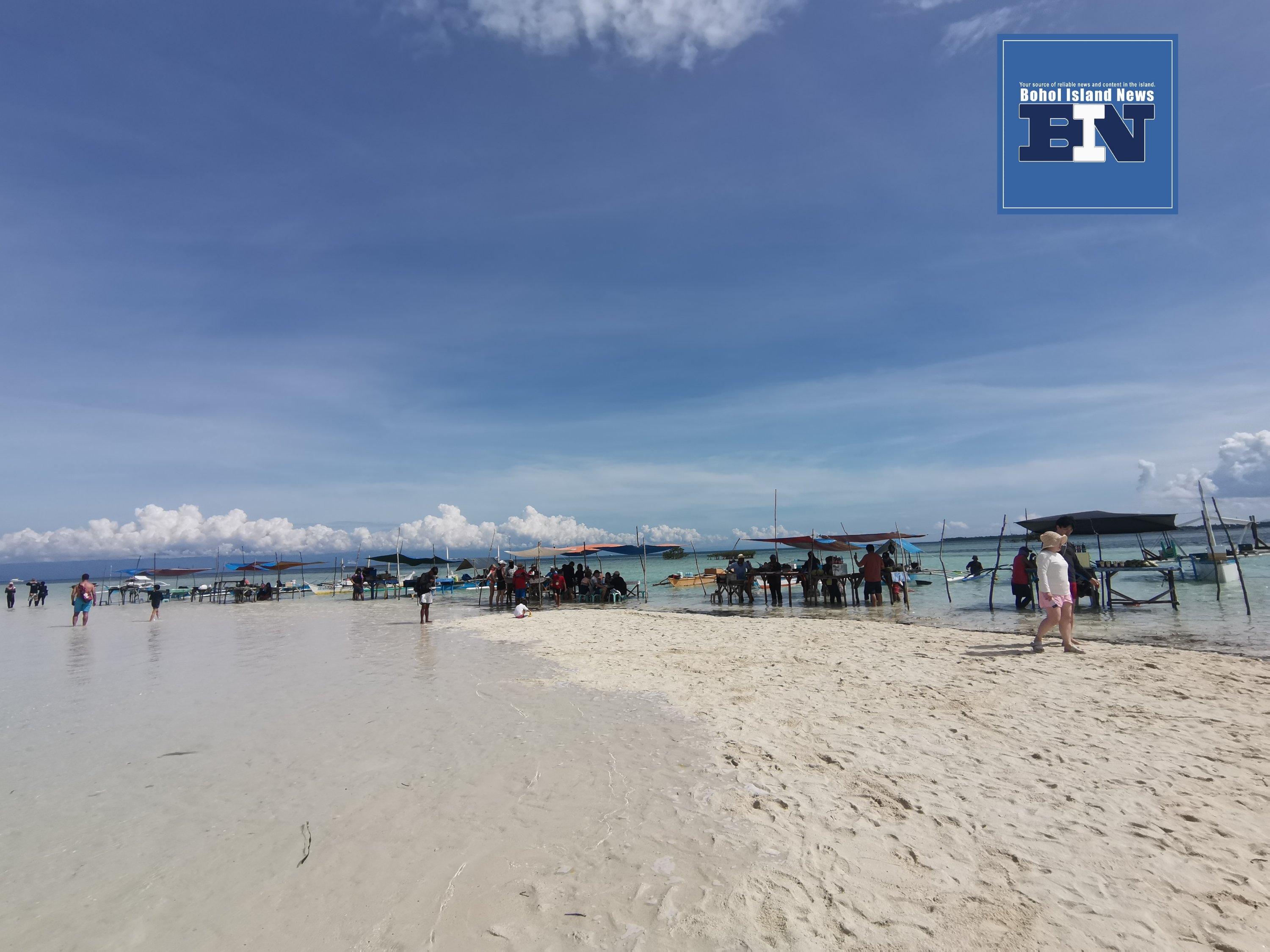 Some 60 families are being denied of their livelihood, as if “killing” them, after the closure of vending in Virgin sandbar, off Poblacion, Panglao, Bohol, according to Lorna Bosiano, one of the vendors there during an interview with TV 5 last week.

Defending the alleged overpriced food stuff served in a group of tourists from Leyte, Bosiano said that the prices of food depend on the kind of visitors may come to the sandbar, nearby Puntod island.

A certain Fidel Clenista, a vendor who served the overpriced food in said sandbar, defended the high priced paid by the affected tourists.

He said that they just order and order food while swimming and enjoying the place.

He said that part of the total of P26,100.00 paid by the tourists is fish supply which is coming from Cebu City. He said that he did not dupe the visitors because of that amount they paid.

But for Joeper Colabio, in separate interview with the TV outfit, it appeared they were fooled by the vendor.

Because of alleged overcharging, the vendors allegedly asked they would not be posted on facebook and the tourists (Colabio’s group) were given given P1,100.00 that appeared to be discount. The group then paid P25,000.00 instead of P26,100.00 as reported in the media, according to Cebu-based 93.9 FM radio interview.

The unnamed tour guide of the group was quoted as saying he was ashamed of the incident that put Bohol in bad light, the radio interview said.

Panglao Mayor Boy Arcay in same interview with TV News5 said that the high prices of food sold in the sandbar may be considered since the affected families were not engaging in their business for two years due to the pandemic.

But he found that indeed prices of the commodities sold in said sandbar were excessive.

The mayor caused the halt of the vending in said sandbar and allows only sightseeing there by visitors.

His office will find an alternative place (inland) for the affected families to do their vending. (rvo)