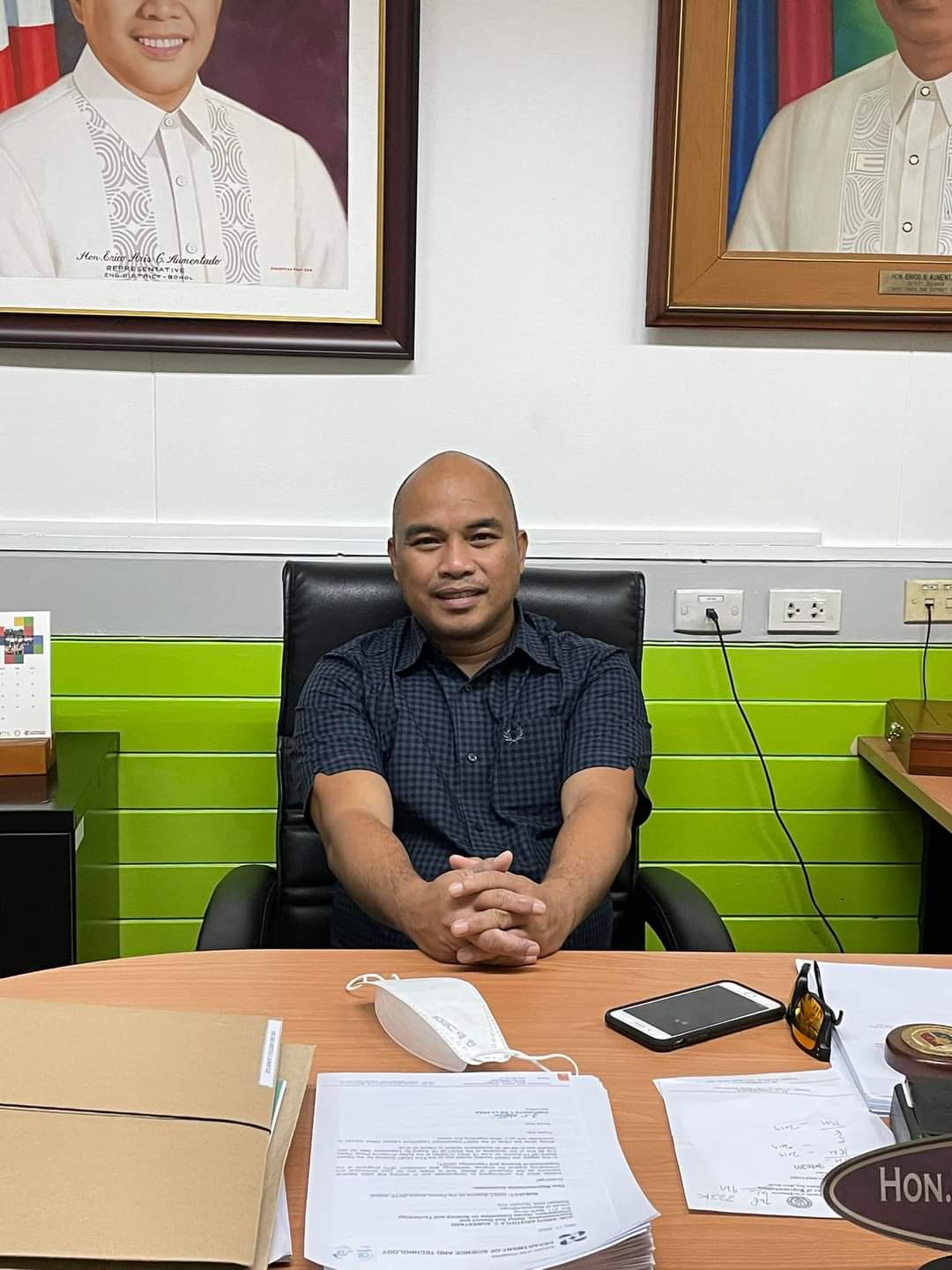 He may seem to be just your run of the mill politician from a long lineage of political luminaries, but in his first two terms in the House of Representatives, then congressman now Bohol governor Erico Aristotle Aumentado has succeeded in passing four laws for science and technology alone.

“Such is an extraordinary feat,” admits outgoing Department of Science and Technology (DOST) Secretary Fortunato de la Peña, who swung to Bohol in his capping visit to DOST sites and projects before he bows out of service at the helm of the country’s science and technology department.

During the DOST Partner’s Appreciation Night, which the Bohol Provincial Science and Technology (PSTC) through Vina Antopina arranged for the visiting official and partners, Sec. de la Peña was never categorical in saying that the Boholano solon never frustrated the scientists and inventors as well as science and technology stakeholders with his taking the top seat as Chairman of the House Committee on Science and Technology.

In his term at the House, and succeeding his father who died six months before the elections in 2012, Congressman Aristotle Aumentado aggressively pushed and lobbied for support for the Republic Act No. 11035, which is critical in enjoining brilliant minds who have to migrate to other countries for better fields, to return to the country.

Counting on the Filipino patriotism, the law encourages Filipinos who left the country to go home and bring with them their expertise in serving the country back.

Through the DOST Balik Scientist Program (BSP) Filipino scientists, technologists, and experts are encouraged to return and share their expertise to promote scientific, agro-industrial, and economic development, including the development of the country’s human capital in science, technology and innovation.

“The BSP not only reverses the brain drain, it also strengthens the country’s science and technology capabilities, accelerates flow of technologies and promotes knowledge sharing,” DOST Antopina said.

Moreover, the neophyte representative in his sapling years as legislator pushed again for the Republic Act No 8439, or the “Magna Carta for Scientists, Engineers, Researchers and other Science and Technology Personnel in the Government Act,” to expand state support for Filipino science workers, and empower their efforts towards the country’s development.

Given the tempting opportunities abroad, the Magna Carta for Science and Technology Personnel is one way of keeping intact the pool of ST experts  working in government by providing incentives and motivations for them to keep the spirit of serving the country’s initiatives in science and technology, explains the DOST.

And considering many veteran legislators who see the critical role of science and technology in development and who put in the different versions of the law, it was the Boholano solon who finally succeeded in his term, in getting Republic Act 11363 – Philippine Space Act passed and signed by the President.

Finally, one bill which excites the PSTC in Bohol is the 18th Congress Senate Bill No. 2484.

For his chairmanship of the house committee, Sec de la Peña has personally commended Aumentado, noting that no such house committee chair in the past has been credited to the most number of innovative legislations tucked in the committee seat in one chairmanship. (rahc/PIA-7/Bohol)