Bridge collapse due to overloading and old age – PDRRMO 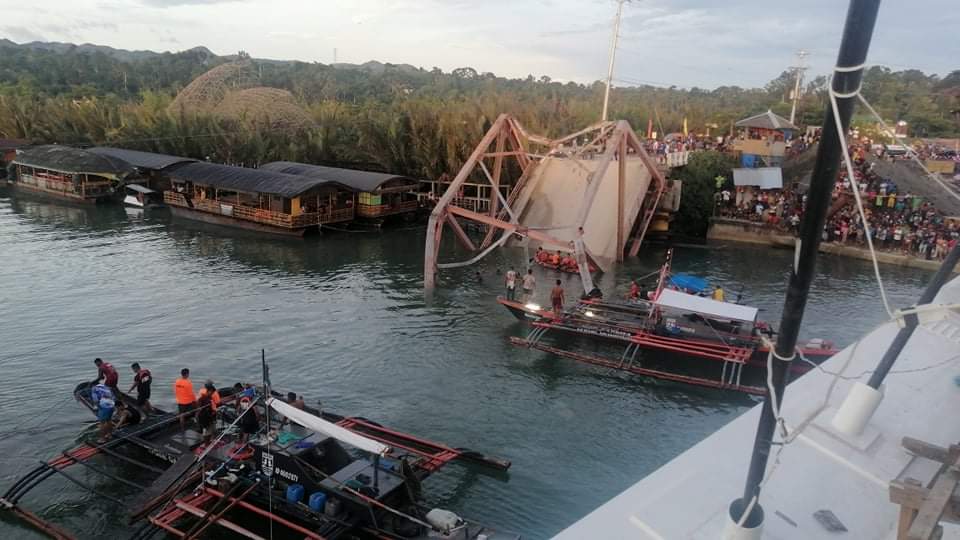 The collapse of Clarin Bridge in Loay town , which killed four and injured 20, may have been caused by overloaded vehicles, a provincial government official said.

He said there were at least 12 vehicles on when bridge collapsed at past 4 p.m. on Wednesday, April 27.

A 39 year-old Austrian identified as Michael Ouschan was among the four casualties. He was in Bohol for a honeymoon.

Damalerio said the search and retrieval operation on Wednesday night was stopped due to strong currents.