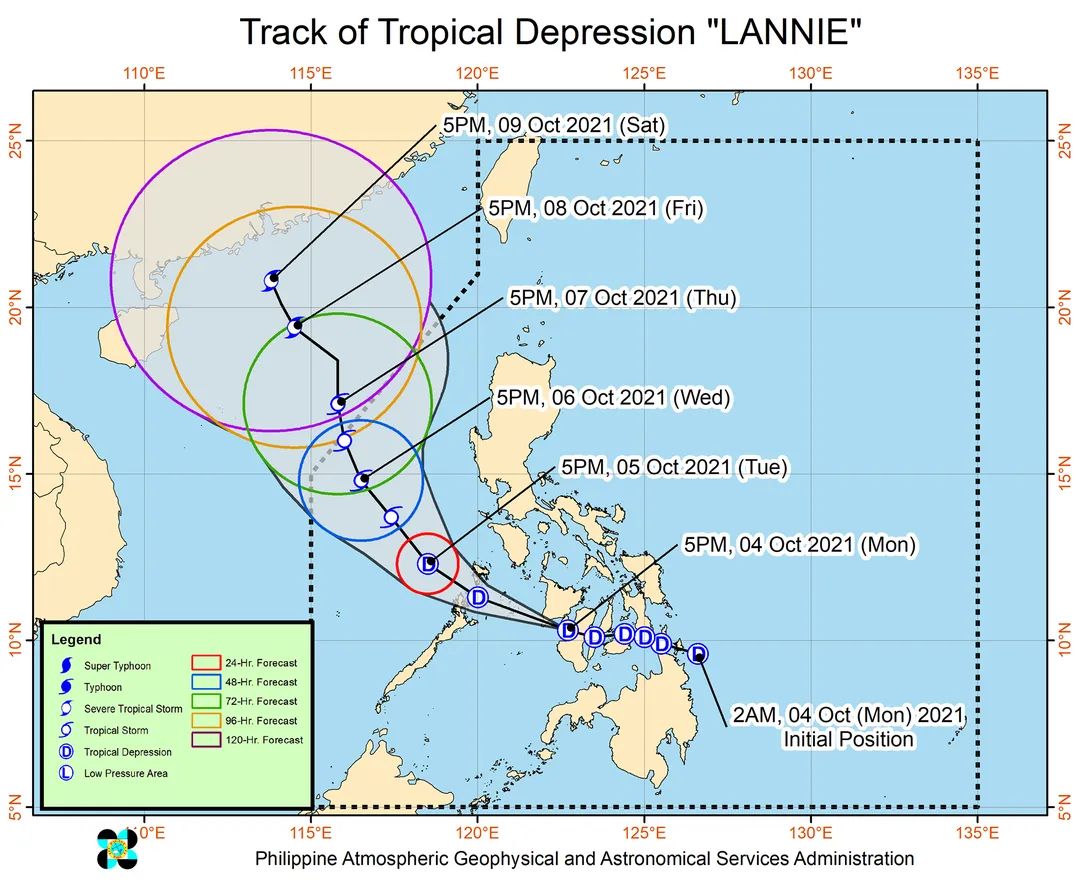 Tropical depression Lannie continues to move southern of Panay after it made 8 landfalls in Visayas on Monday, while Tropical Cyclone Wind Signal (TCWS) was lifted in Bohol, the state weather service said.

In its 8 p.m. bulletin, the Philippine Atmospheric, Geophysical and Astronomical Services Administration (Pagasa) said Lannie is in the coastal waters of San Joaquin, Iloilo.

In an earlier forecast, Bohol was placed under TCWS No. 1.

TCWS No. 1, however, remains in Luzon and parts of eastern Visayas.

It had a maximum sustained winds of 45 kph, and gustiness of up to 55 kph.

By late Tuesday through Wednesday evening, Lannie is forecast to move generally northwestward over the West Philippine Sea.