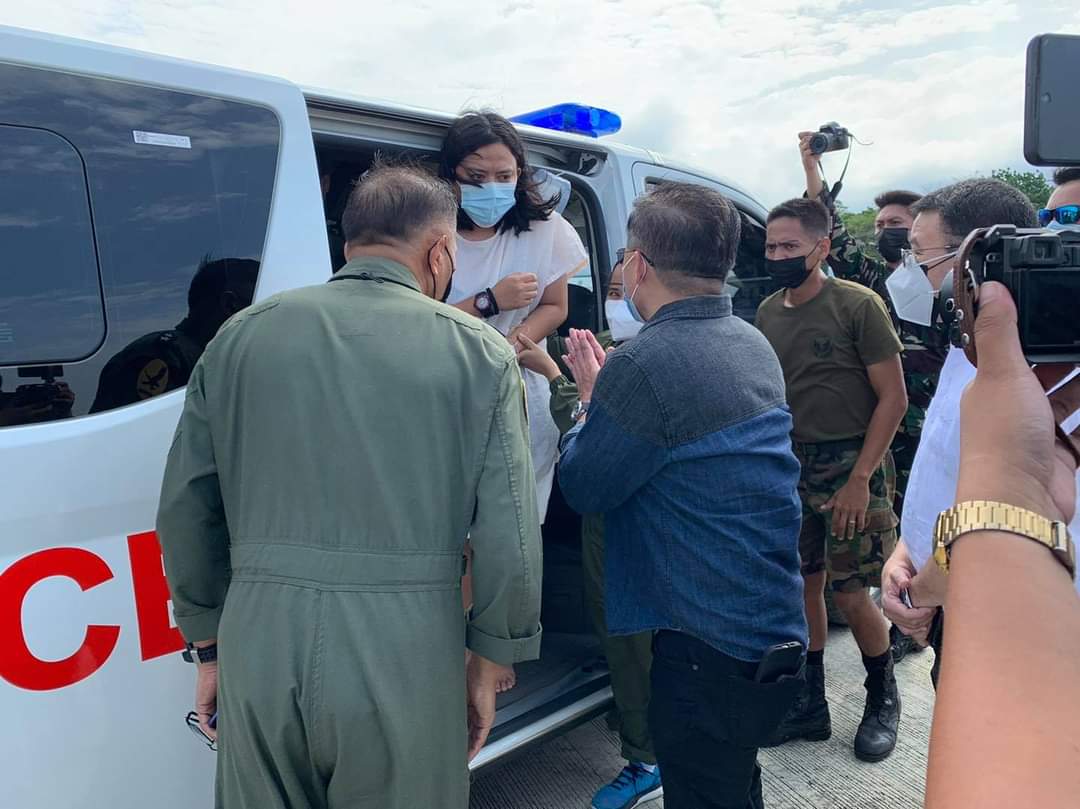 President Rodrigo Duterte and Senator Christopher Lawrence “Bong” Go extended financial assistance to the lone fatality and the injured passengers of a Philippine Air Force helicopter that crashed Tuesday, April 27, 2021, in the waters off Jandayan Island off Getafe, Bohol.

The pilot, Capt. Aurelios Olano, was killed while three Air Force personnel were injured during the mishap.

Go personally expressed his sympathy to the affected passengers and Olano’s family.

Aside from the financial assistance, Go and Duterte committed to shoulder the hospitalization of the three injured Airforce personnel- 1Lt. Hilary Bunao, co-pilot; AIC Bonn Arasola and AIC Rex Anapyo.

All three received P15,000 each from Duterte and Go.

They were later transferred to Cebu. Two of them were admitted at the Allegiant Regional Care Hospital while the third is at the Mactan-Benito Ebuen Airbase Hospital.

Olano will be brought to Bohol following a Requiem Mass being held at Mactan Airbase.

Based on official reports, the helicopter left Mactan Airbase for a periodic maintenance flight but it suddenly experienced turbulence while on air.

Go was in Cebu when the crash accident happened. He graced the commemoration event for the 500th anniversary of the Victory of Mactan in Lapu-Lapu City as a guest speaker.