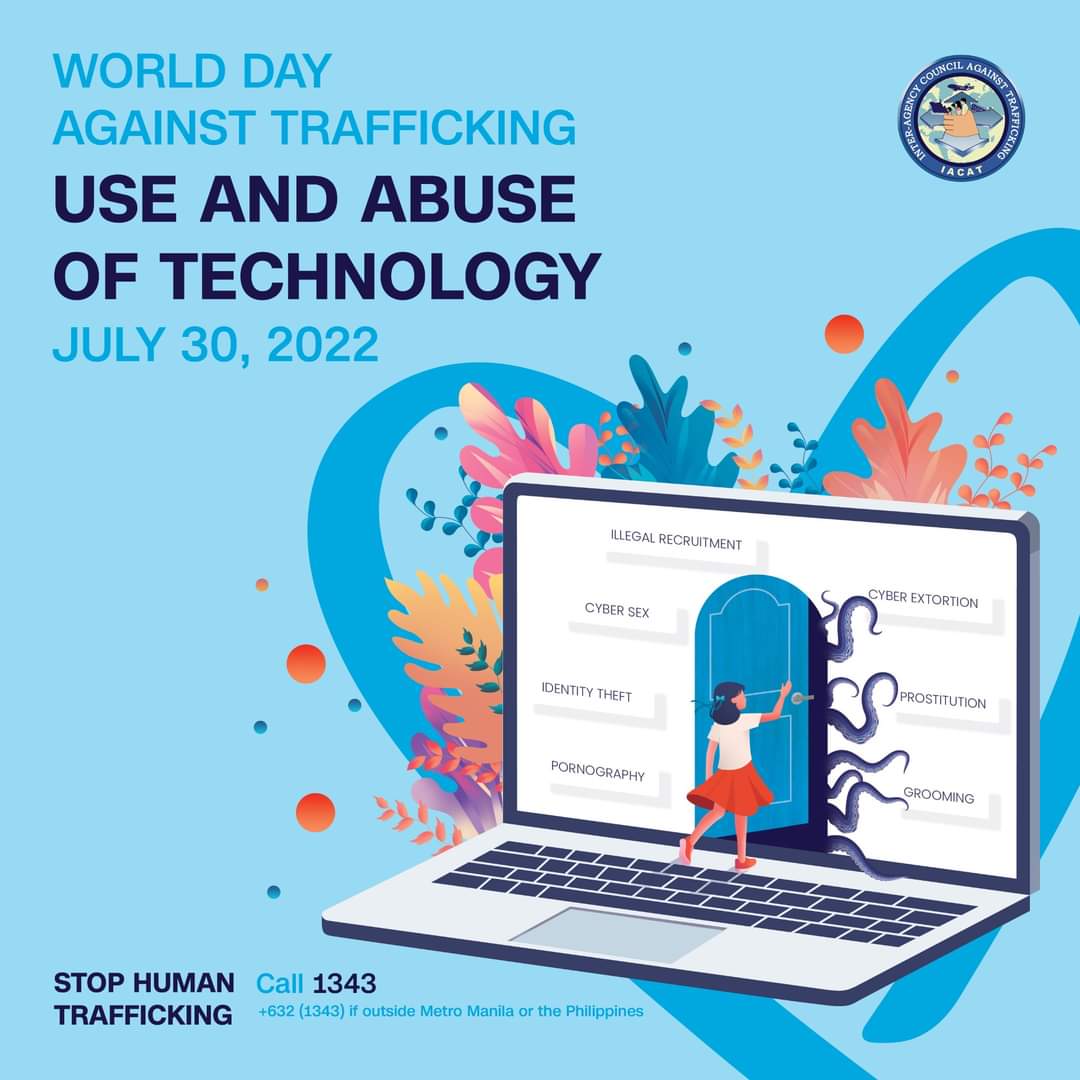 The Inter-Agency Council Against Trafficking (IACAT) in Central Visayas recognized local government units (LGUs) with best practices in the campaign against human trafficking on Saturday, July 30, 2022, in a mall in Cebu City.

This was in line with the IACAT-7’s observance of the World Day Against Trafficking with the theme “Use and Abuse of Technology”.

As people are switching to the virtual world, there is a significant increase in the cases of Online Sexual Exploitation of Children or OSEC.

The digital world is also being penetrated by traffickers.

The IACAT-7, though its Selection Committee for Best Local Government Unit and Provincial Government Unit, recognized 30 LGUs whose distinguished works have helped in the campaign against human trafficking.

Tagbilaran City in Bohol province, and San Juan in Siquijor province received a gold plaque for maintaining an “ideal” status in the two assessment years.

Some 18 municipalities in Bohol province also received Certificates of Recognition for maintaining a “Mature” status of their efforts against human trafficking. The same recognition was given to Siaton and San Jose in Negros Oriental; Maria and Larena in Siquijor; Sogod in Cebu province, and Lapu-Lapu City.

The celebration also launched the Facebook page “AlengPulis” to give the public a 24/7 platform wherein they can report any issues and abuses.