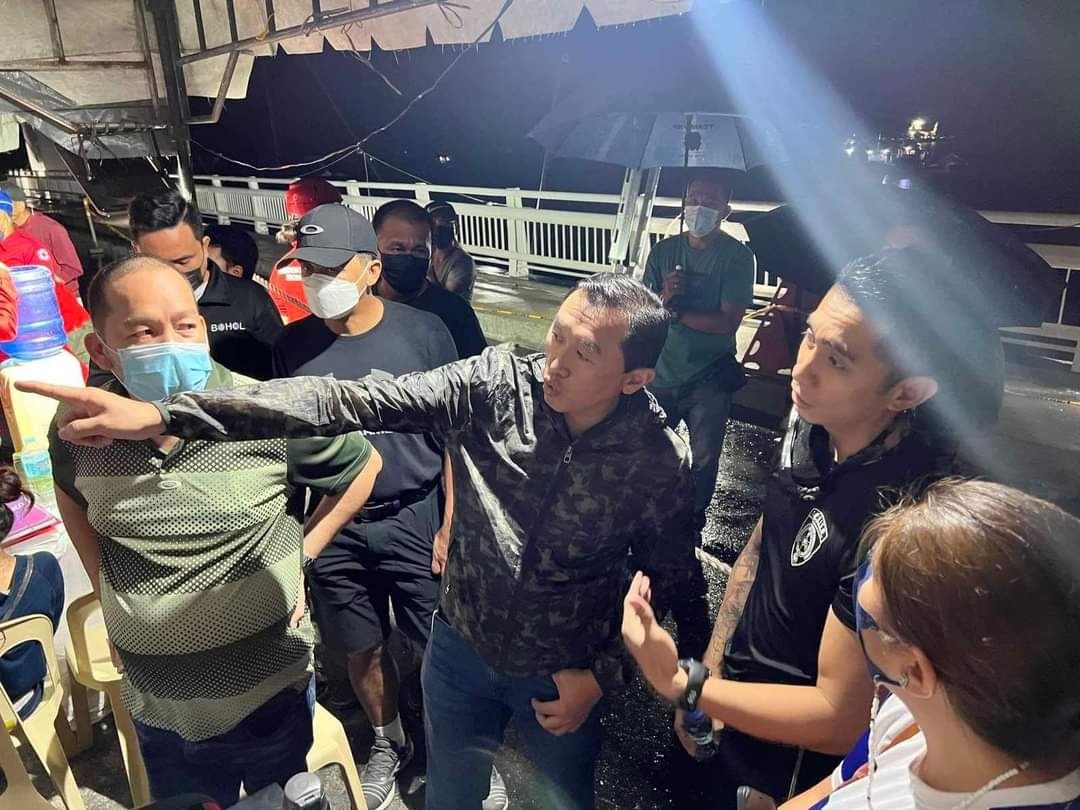 After four batches of dives conducted today by 65 volunteer divers, search and retrieval operations were terminated at 3 p.m. in the waters surrounding Clarin Bridge in Loay, which collapsed yesterday afternoon.

Bohol Governor Arthur Yap, who was at the site to personally monitor the operations last night, has instructed provincial government offices and various agencies to ensure swift action and assistance to victims.

A total of 15 vehicles that submerged were located, identified, and tagged. Salvage operations will start at 9 a.m. tomorrow, Friday. The DPWH 3rd Engineering District, led by Engr. Magiting Cruz, maps out a salvaging plan.

Traffic flow at the Loboc Bridge was regulated by the Loboc PNP as the Tagbilaran-Sikatuna-Loboc route is being used by motorists as a diversion road after the collapse of the Clarin Bridge in Loay.
Of the 24 survivors, 16 were given the amount of P10,000 under the Assistance for Individuals in Crisis Situation or AICS at the Loay Command Center. The Office of the Provincial Social Work and Development (OPSWD) coordinated with the DSWD to provide maximum assistance for the hospitalization of survivors and funeral expenses of casualties.

OPSWD also sent social workers who visited the wake of the driver of the vacationing Austrian couple and gave psychological first aid to the sister of the deceased as his wife and children are still in Leyte. Visits were also conducted at the wake of other casualties, one in Villalimpia Loay and at two funeral parlors in Tagbilaran City.

The Bohol Tourism Office has been in contact with the Austrian Embassy in Manila for the transport of the cadaver of the Austrian casualty. The governor has instructed that all possible assistance be extended to his wife, who survived the incident.

Rev. Fr. Martin Relampagos of the Most Holy Trinity Parish in Loay blessed the site today as the community prayed for the souls of the victims.

“We’d like to make an appeal for prayers to the fatalities,” Governor Yap stated.

Earlier in a gathering at the Tagbilaran Wisdom School, he dedicated a moment of prayer for all the victims as he expressed gratitude to all government agencies, LGUs, private groups and individuals who assisted in the rescue operations. (GO-PRIMER)