Signal No. 1 raised over 15 areas in Bohol due to Tropical Depression Agaton 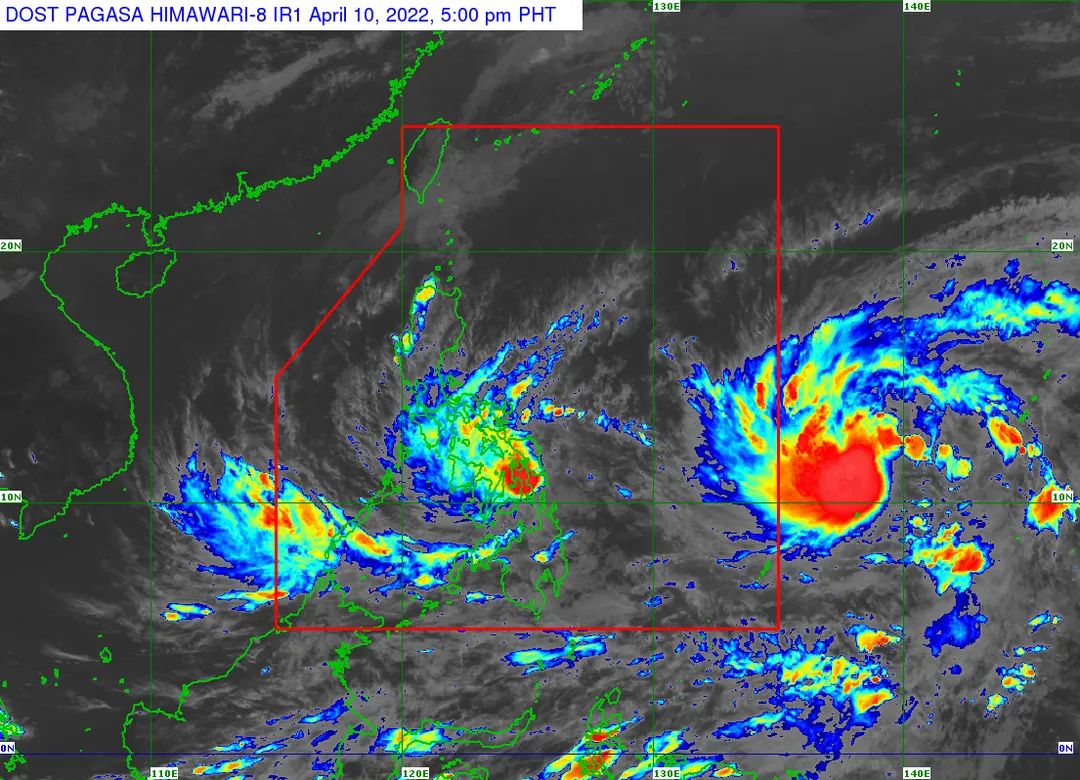 At least 15 areas in Bohol province were placed under Tropical cyclone Wind Signal (TCWS) No. 1 on Sunday afternoon, April 10, as Tropical Depression Agaton maintains its strength as it continues to move slowly westward.

The Philippine Atmospheric, Geophysical, and Astronomical Services Administration (Pagasa), in its  tropical cyclone bulletin issued at 5 p.m., said Signal No. 1 was raised in eastern portion of Bohol.

• TCWS No. 2
(Gale-force winds prevailing or expected within the next 24 hours)

• TCWS No. 1
(Strong winds prevailing or expected within the next 36 hours)

As of 4 p. m., the center of Tropical Storm “AGATON” was estimated based on all available data including those from Guiuan Doppler Weather Radar over the coastal waters of Lawaan, Eastern Samar (10.9°N, 125.3°E).

Agaton has maximum sustained winds of 75 km/h near the center, gustiness of up to 105 km/h, and central pressure of 998 hPa.