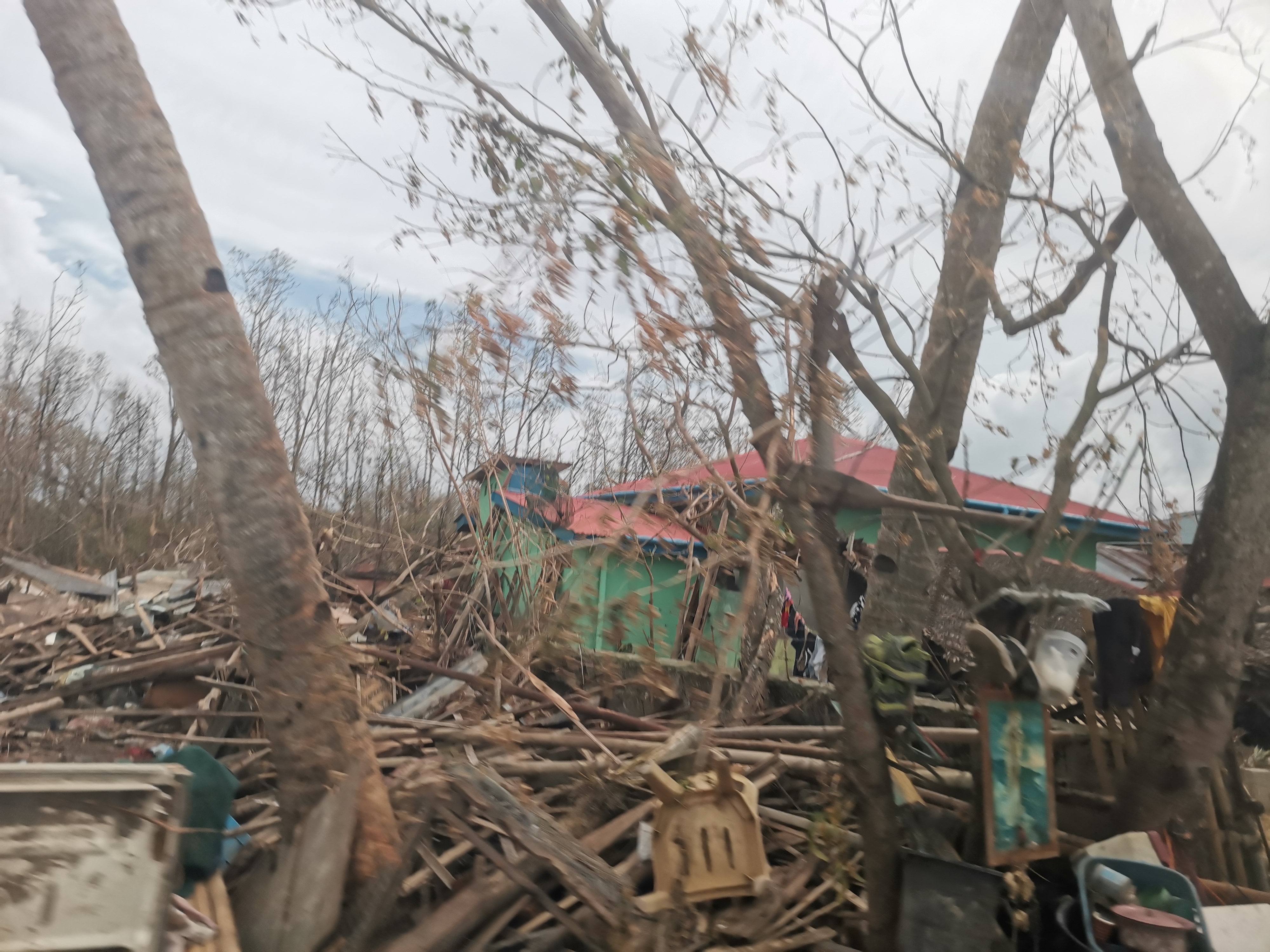 Bohol Gov. Arthur Yap pleaded on radio Tuesday for the government to quickly send food and other aid, warning that without outside help, army troops and police forces would have to be deployed to prevent looting amid growing hunger.

Yap said he could no longer secure rice and other food aid after his contingency fund ran out and added that many of the 1.2 million people in his island province, which remained without power and cellphone service five days after Typhoon ‘Odette’ (‘Rai’) struck, have become increasingly desperate.

The most powerful typhoon to hit the Philippines this year left at least 375 dead and 50 others missing, including nearly 100 dead in Bohol, according to officials.

President Rodrigo Duterte visited Bohol over the weekend and witnessed the extensive devastation.

Yap said the government’s social welfare department promised to send 35,000 food packs, an inadequate amount for the province’s 375,000 families, but even those have not yet arrived.

In an interview on DZBB radio network, Yap thanked Duterte for visiting his province but said, ‘If you would not send money for food, you should send soldiers and police, because if not looting will break out here.’

Some lootings, mostly of small merchandise stores, have occurred, Yap said, adding that the situation remained under control. But he warned that the lootings could worsen if people, especially in hard-hit island municipalities, grow more desperate.

People cannot withdraw money from banks without cellphone connections and power, and fuel and water shortages have also sparked long queues, he said.

The national police said widespread lootings were not a problem in the typhoon-ravaged regions and added that they were ready to deal with any lawlessness.

Emergency crews were working to restore electricity in 227 cities and towns, officials said Monday, adding that power had been restored in only 21 areas so far. Cellphone connections have been restored in at least 106 of more than 130 cities and towns. Two local airports remained closed Monday except for emergency flights, but most others have reopened, the civil aviation agency said.

Duterte said government emergency funds have been mostly used for the coronavirus pandemic but promised to raise P2 billion from government agency savings to provide additional funds to typhoon-hit provinces.

The Philippines has not appealed for international help, but Japan said it was sending power generators, camping tents, sleeping pads, water containers and tarpaulin roofing sheets to hard-hit regions while China announced it was providing 20,000 food packs and rice.

Running out
On Tuesday, troops raced to deliver food and water to typhoon-ravaged islands as charities appealed for aid to help hundreds of thousands left homeless by the deadly storm.

At least 375 people were killed and hundreds injured when Odette pummeled the Visayas and Mindanao on Thursday, wiping out wooden houses, uprooting trees and knocking out power across entire islands.

‘Our food is about to run out, probably in a few days or tomorrow,’ Simplicia Pedrablanca, a town mayor in the Dinagat Islands, told local radio station DZBB.

More than 400,000 people were sheltering in evacuation centers or with relatives, the national disaster agency said, after their homes were damaged or destroyed by the strongest typhoon to hit the country this year.

One of the hardest-hit islands was Bohol — known for its beaches and dive spots — where at least 96 people have died.

A state of calamity has been declared on the island where people sat under umbrellas next to their empty water drums.

While other parts of the Philippines celebrated Christmas, Bohol was ‘undergoing a Yolanda-like situation,’ Yap said.

On nearby Negros island, Carl Arapoc, 23, said there was no electricity in his city and his family was using ‘driftwood’ to cook.

There has also been widespread destruction on Siargao, Dinagat and Mindanao islands, which bore the brunt of the storm.

‘It was really, really bad, the strongest storm I ever witnessed in my life,’ said Tal Oran, an Israeli living in the Siargao tourist town General Luna.

Defense Secretary Delfin Lorenzana has ordered the military to deploy ships, boats, aircraft and trucks to deliver food, drinking water and medical supplies to survivors, who have been struggling for basic necessities.

The Red Cross is also flying relief to Siargao and Bohol islands.

‘The emergency appeal by IFRC helps us to act swiftly and do all we can to help people and families get back on their feet,’ said Alberto Bocanegra, head of the International Federation of Red Cross and Red Crescent Societies in the Philippines.

The organization has appealed for $22 million to fund urgent relief and recovery efforts.

The UK has pledged around $1 million to the IFRC effort, while Canada promised about $2.3 million in assistance.

Hundreds of residents in Surigao City, on the northern tip of Mindanao, packed out an undercover basketball court on Monday to receive food handouts.

‘Never in my entire life have I encountered such a typhoon,’ said Catholic Bishop Antonieto Cabajog in Surigao.

‘To say ‘super’ is an understatement,’ he told a Catholic church-run news agency.