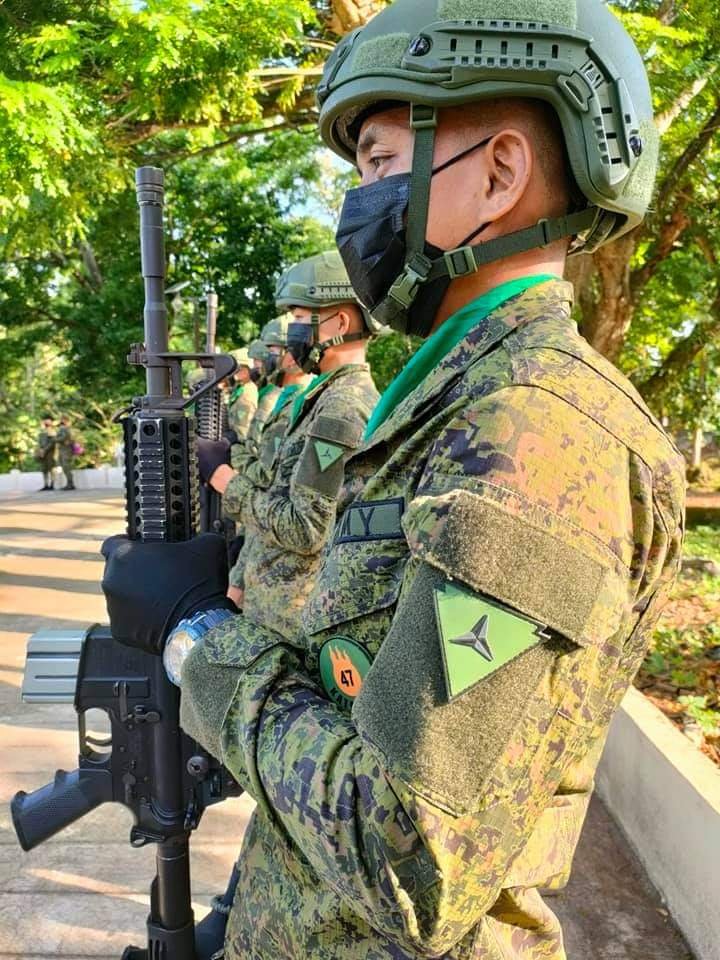 Major General Eric Vinoya, the commander of 3rd Infantry (Spearhead) Division, led the awarding of medals to the Katapatan Troopers who gallantry fought the 11 communist terrorists (CTG) in Barangay Cabacnitan, Bilar on May 25, 2021 that resulted to the death of at least five CTG members including a high ranking official and capturing of numerous firearms and other CTG belongings with high intelligence value.

The 47th Infantry Battalion has launched its Focused Military Operations (FMO) following the death of the two peace advocate blBoholanos who were victims of an ambush in Brgy Aloja, Batuan early this May of the same year.

With the intensive peace campaign and initiatives, the 47IB has won the hearts of the masses making them active in sending reports about the CTG’s presence in their area.

Vinoya congratulated the troops for their exemplary efforts and the unit for a job well done in maintaining the peace and order in Bohol.