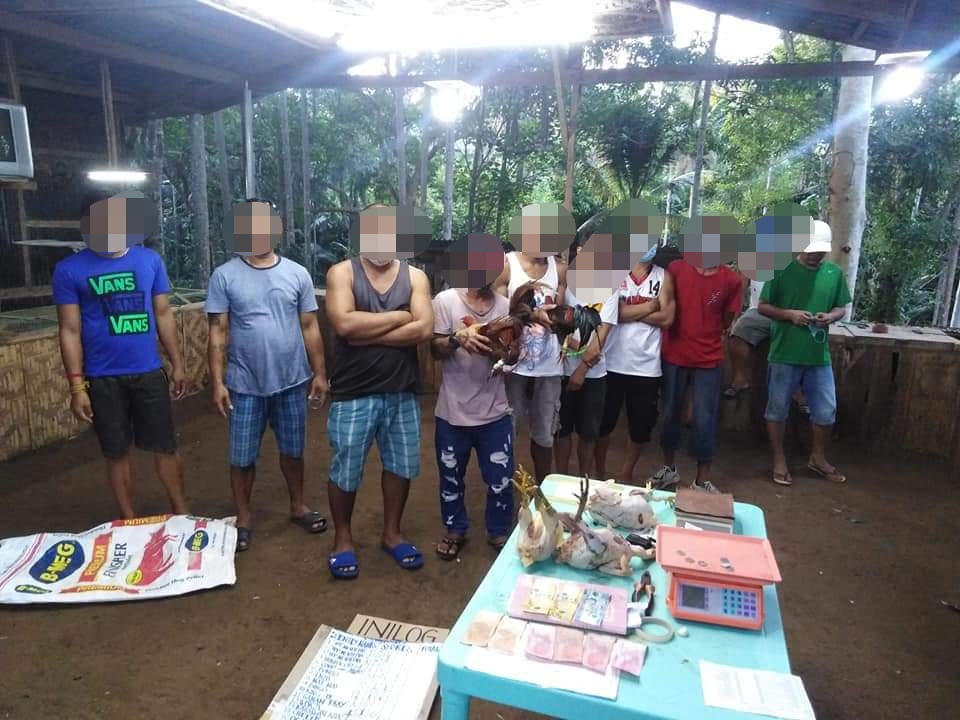 Ten men, including a barangay captain, were arrested for participating in a “tigbakay” (illegal cockfighting) in Barangay Bayacabac, Maribojoc, Bohol, on Sunday, September 6, 2020.

Police said they received information about men participating in illegal gambling activities in the area without face masks.