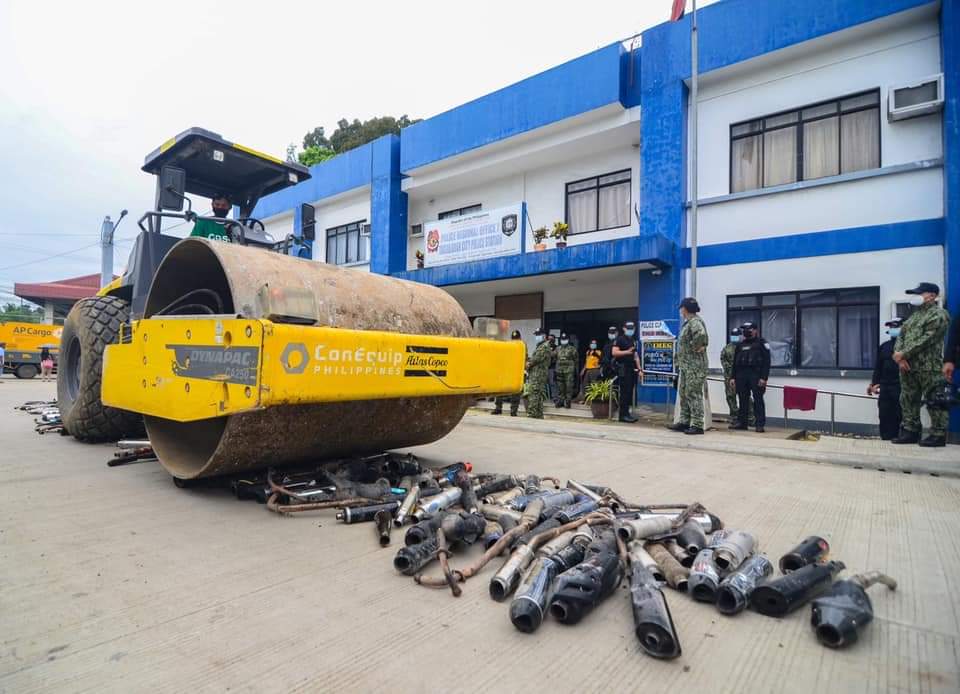 Police in Tagbilaran City destroyed on Monday, January 18, 2021 at least 232 illegal “open pipe” motorcycle mufflers that were seized in a series of enforcement operations.

Lt. Col Mary Crystal B Peralta, chief of Tagbilaran City Police Station, together with the personnel of the Mayor’s Office led by Julius John Baysic, led the ceremonial destruction of the illegal mufflers, which were crushed by a road roller, during the city government’s regular flag-raising ceremony.

Peralta said they confiscated the mufflers in various operations since last month along the national highway and major roads in the area.

She added the move was in line with the continuing implementation of a city ordinance which bans the use of modified mufflers or “open pipes” in motorcycles.

“This campaign is in line with the effort to fully enforce various ordinances and regulations as well as instill discipline among the residents. We have to strictly enforce this directive to stop the proliferation of motorcycles with open pipe mufflers because they create so much noise and very irritating for the citizens,” Peralta said.

Under the law, Peralta said the use of modified mufflers carries a fine of at least P15,000.