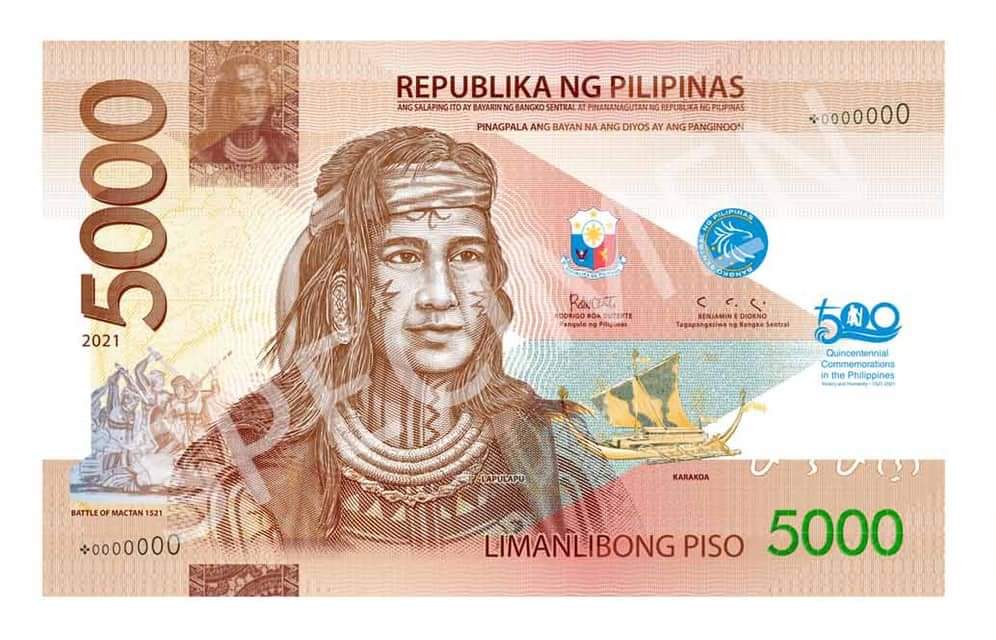 The Bangko Sentral ng Pilipinas (BSP) and the National Quincentennial Committee (NQC) launched on Monday the P5,000 Lapu-Lapu Commemorative Banknote and Medal to kick off the 99-day countdown to the 500th anniversary of the “Victory at Mactan.”

The banknote launch also kicks off a 99-day countdown to the actual anniversary this year.

BSP Deputy Governor Francisco Dakila spoke at the launch, discussing the features of the Lapu-Lapu banknote.

On its obverse, the banknote depicts a young Lapulapu, an image of the battle of Mactan, the QCP logo, and the Karaoka, the large outrigger warships used by native Filipinos.

The P5,000 note will not be for circulation.

The commemorative medal made primarily of silver features the Lapu-Lapu shrine in Cebu on its front, and the battle of Mactan and the date “27 April, 1521” on its back.

“The BSP and National Quincentennial Committee (NQC) have collaborated on this commemorative banknote and medal to celebrate the heroism of Lapulapu and his warriors, and to familiarize the present generation with the country’s rich pre-colonial history,” Dakila said.