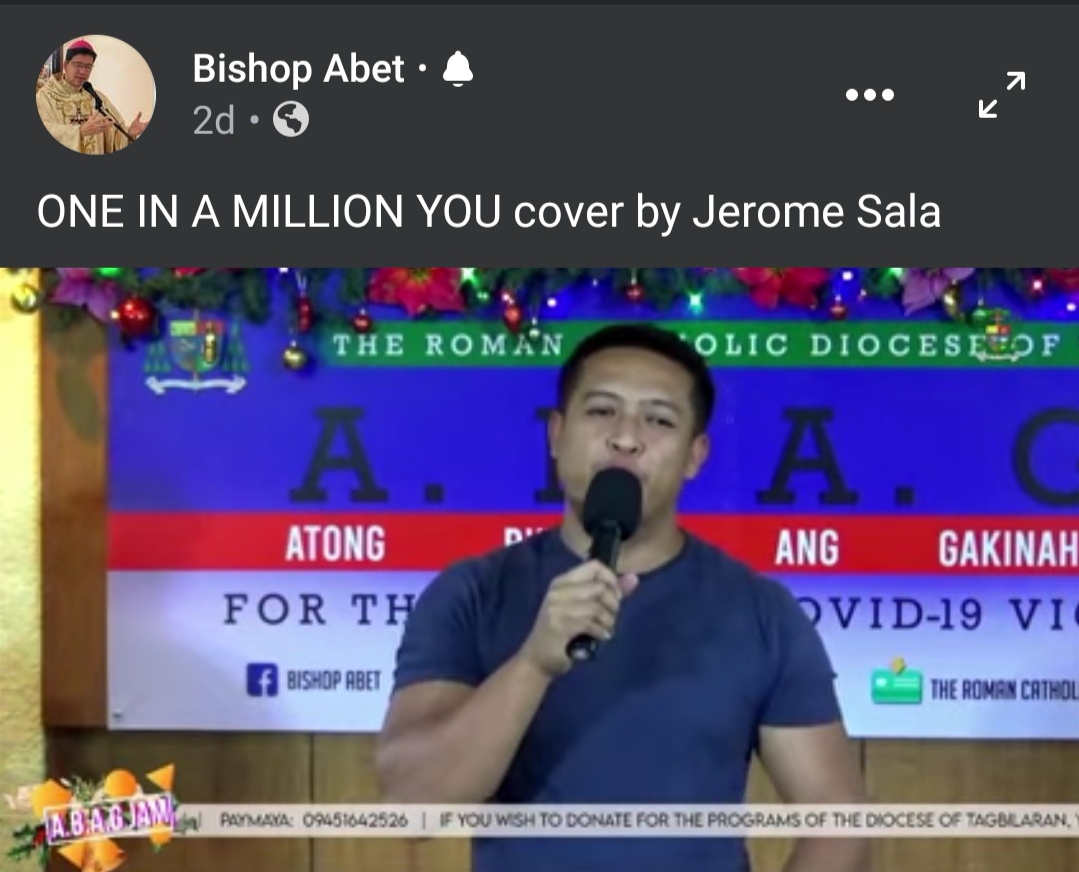 The “Star in a Million” 2004 winner was seen recently on Atong Buligan Ang Gakinahanglan (ABAG) Jam of the Diocese of Tagbilaran last Monday.

Sala sang his signature winning song “One In A Million You.”

It was Sala’s appeareance first public appearance this year.

ABAG Jam is a fundraising campaign for people who are greatly affected by the Covid 19 crisis.

Sala, 34, who was dubbed ‘Balladeer Extraordinaire’ was discovered on the ABS-CBN series Search for a Star in a Million in 2004.

Since his 2004 win, Sala became a fixture on variety shows until he became inactive after going back to his province, Bohol.