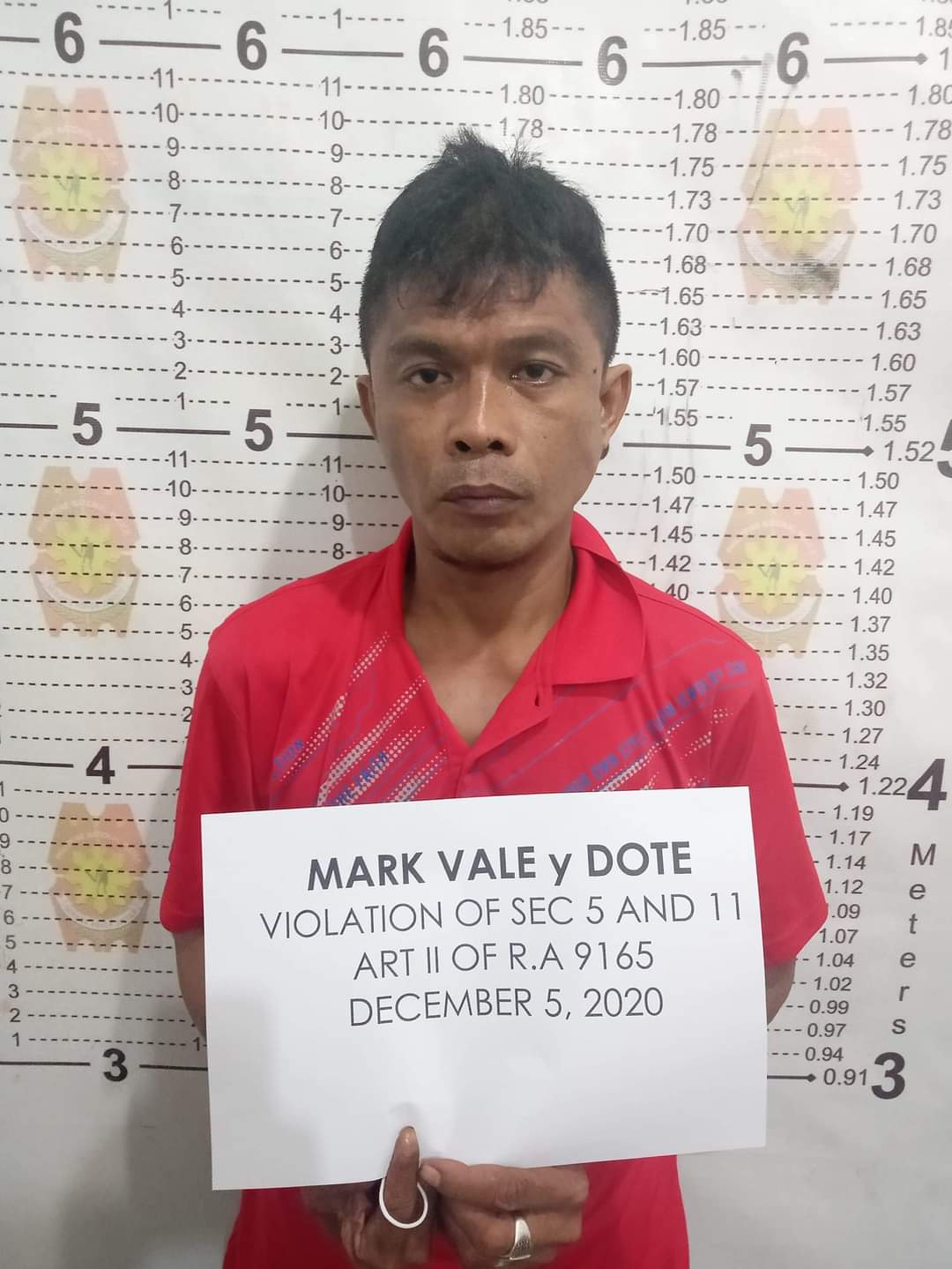 A suspected drug pusher was arrested in a buy-bust operation in Barangay Cogon, Tagbilaran City.

An undercover officer initially bought from Vale a sachet of suspected illegal drugs around 9:25 p.m. on Dec. 5.

Vale was detained in the lockup facility of Tagbilaran City police station, facing charges for violation of Republic Act 9165, or the Comprehensive Dangerous Drugs Act of 2002.