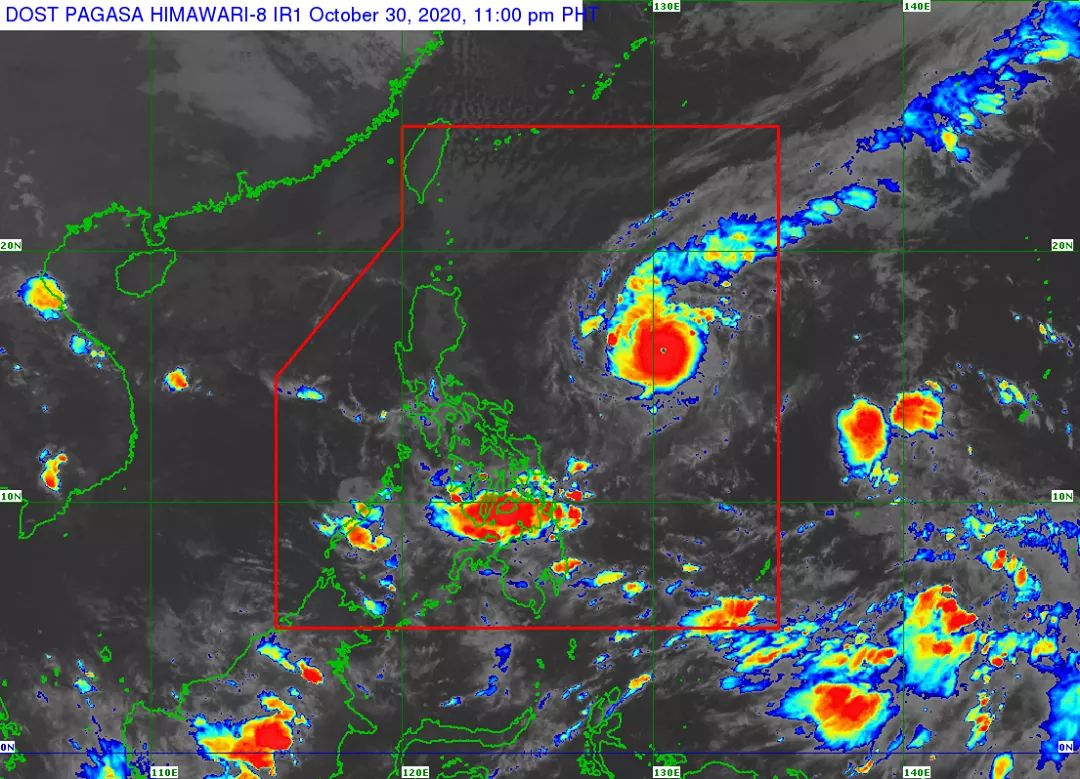 Typhoon “Rolly” (international name: “Goni”) again intensified as of Friday night and is nearing the super typhoon category, the latest updates from the state weather bureau.

Philippine Atmospheric, Geophysical and Astronomical Services Administration (Pagasa) in its severe weather bulletin posted at 11:30 p.m., Rolly now has maximum sustained winds of 215 kilometers per hour (kph) near the center, and gustiness of up to 265 kph.

It was last seen 895 kilometers east of Casiguran, Aurora, and has started to turn west southwestward at a speed 15 kph.

Tropical Cyclone Wind Signal No. 1 has been raised in the following areas, which means that they may feel wind speeds of 30 kph in the next 36 hours: