NPA not welcome in Bohol–Army official 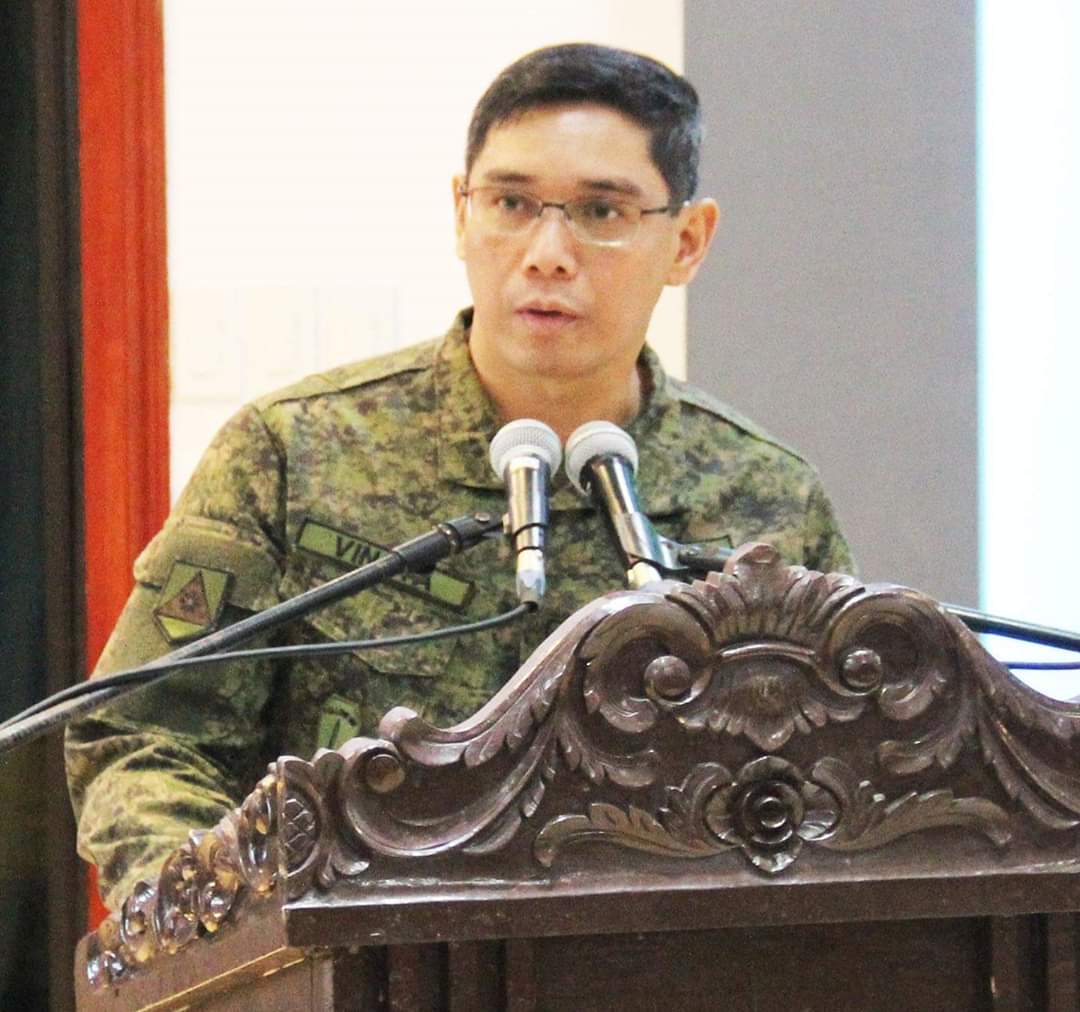 Top army official assured the public that authorities are doing everything to prevent rebel resurgence in Bohol.

Vinoya gave the order following a firefight between joint elements of AFP and PNP and suspected members of the CPP-NPA Terrorist in Barangay Cansumbol, in Bilar town, province of Bohol on February 29, 2020.

The recent encounter resulted to the death of Private First Class Jerald Villanueva, 26, of Purok 8, Barangay Upper Dansuli, Isulan, Sultan Kudarat and alleged NPA member identified as Marcelo Tejero Maldos, 55, from Cantumocad, Loon, Bohol. The latter was identified through his Voter’s ID found in the area.

According to Vinoya, Bohol now has a flourishing tourism industry enjoyed not only by Boholanos, but also by domestic and international tourists, hence, they will not allow these communist-terrorists to establish and cast terror in the province again.

“We wiped them out from Bohol before, we will make sure to erase even their traces in the province once more with the support and cooperation of the peace-loving Boholanons,” he said.

“Boholanons are benefiting an insurgency-free community for almost a decade due to their vigilance and grit in helping and supporting the government’s peace campaign. I am optimistic that with these positive traits of the Boholanons, the government forces will be able to totally eradicate these terrorists in the province. With the Boholanons on our side, rest assured that we will protect Bohol from the menace of this communist-terrorist group. We will never let them harm the people of Bohol again. We will do it no matter what happens and whatever it takes,” he added.

The AFP and PNP had already beefed up their forces in Bilar to pursue remnants of the terrorist group following the encounter. The Local Goverment Unit of Bilar headed by Mayor Manuel Jayectin also promptly responded to the area and took necessary actions relative to the present situation.

Bohol has been considered insurgency-free for over a decade. However, in 2018 there were reports about the sightings of the armed men in some towns.