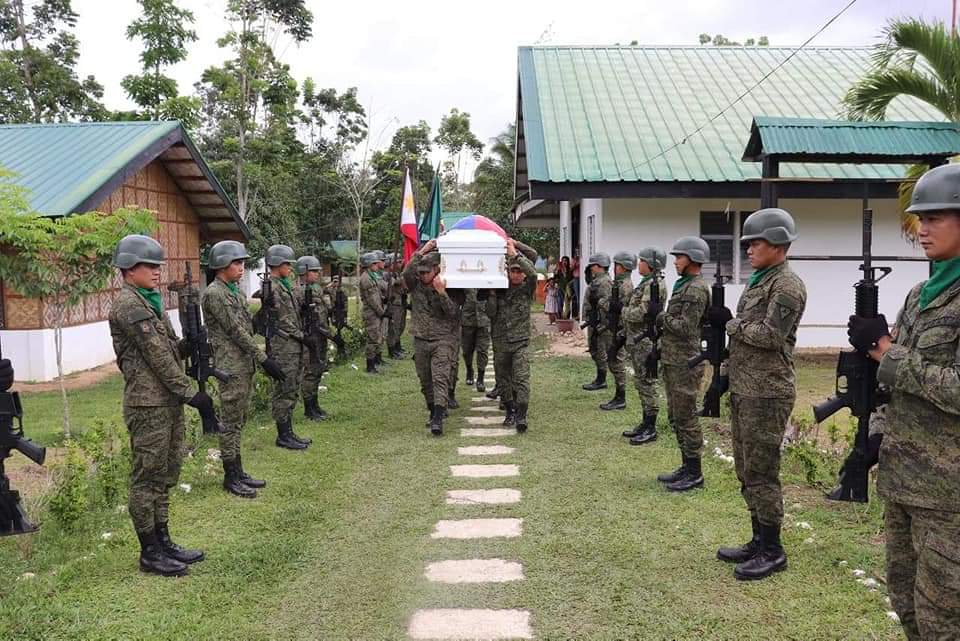 Draped with a Philippine flag, a white coffin was loaded into a C295 military cargo aircraft bound for General Santos City on Tuesday evening, March 3.

Some personnel of the Philippine Army and members of the 47th Infantry “Katapatan” Battalion sent off the body of Corporal Jerald T. Villanueva of Upi, Sultan Kudarat, in a simple military funeral rites at the Camp Rajah Sikatuna in Carmen before he was flown to his hometown in Upi, Sultan Kudarat.

Villanueva, 26, was killed in action during the encounter between government forces and suspected members of the New People’s Army (NPA) in Bilar town on February 29, 2020.

The clash lasted for 30 minutes resulting to the death of Villanueva and armed man who through his Voter’s ID found in the area, was identified to be Marcelo Tejero Maldos, 55, from Cantumocad, Loon town, Bohol.

After the fire fight, the NPA scampered to different directions leaving their lifeless comrade.

Government troops had already beefed up its forces for the hot pursuit operation.

“We ought to protect the people and do what we must. What happened today is an evidence that the network we have built remains strong against these people. We are doing our best to capture these savages,” the statement said.

“Thank you comrade for your ultimate sacrifice.. Your Katapatan family will never forget you”, the statement concluded.