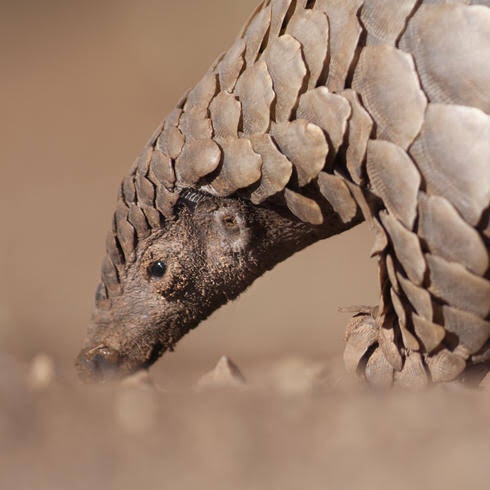 The metagenome sequence of the novel coronavirus strain separated from pangolins was 99 percent identical to that from infected people, indicating pangolins may be an intermediate host of the virus, a study has found.

According to Liu Yahong, president of the university, the research team analyzed more than 1,000 metagenome samples of wild animals and found pangolins as the most likely intermediate host.

Molecular biological detection revealed that the positive rate of Betacoronavirus in pangolins was 70 percent among the small number of samples analyzed. Researchers further observed its structure with an electron microscope. They found that the sequence of the coronavirus strain assembled from metagenomes was 99 percent identical to that of infected people in the recent coronavirus outbreak.

Results showed that pangolins are a potential intermediate host of the novel coronavirus, Liu said, adding that the study will support the prevention and control of the epidemic, as well as offer scientific reference for policies on wild animals.

Shen Yongyi, a professor with the university and a member of the research team, said previous research had found the novel coronavirus originated in bats, but as the current outbreak happened in winter, it was unlikely that people had been directly infected by bats, which are hibernating.

“So our task is to find the intermediate host that ‘bridges’ bats and people,” Shen said.

Shen said there are usually multiple intermediate hosts, and pangolins might just be one of them.

“On the one hand, we hope this result will warn people to stay away from wild animals. On the other hand, we would like to share it with research fellows in the hope of making efforts together to find other possible intermediate hosts to promote the epidemic prevention and control,” he said.

The first cases of novel coronavirus infections were reported in December, and these cases were mostly related to the Huanan seafood market in Wuhan, central China’s Hubei Province. The market was closed on Jan. 1.

As of Thursday, the overall confirmed cases of infection on the Chinese mainland had reached 31,161, with 636 deaths, according to the National Health Commission.

Feng Yaoyu, another professor who participated in the study, said as the Huanan market had been disinfected following the virus outbreak, their study samples were not taken from the market, but from the existing metagenome sequences of wild animals available online or in the related databases.

“After analyzing the samples, we suspected pangolins were an intermediate host of coronavirus,” Feng said. “We then compared the metagenome sequence of the novel coronavirus strain from a live pangolin with that from infected people, proving our assumption.”

“However, as we did not analyze any animal samples related to the current outbreak, we cannot say pangolins transmitted the virus to people,” she said.

Shen said they would further study on how the virus infected people from the intermediate host.