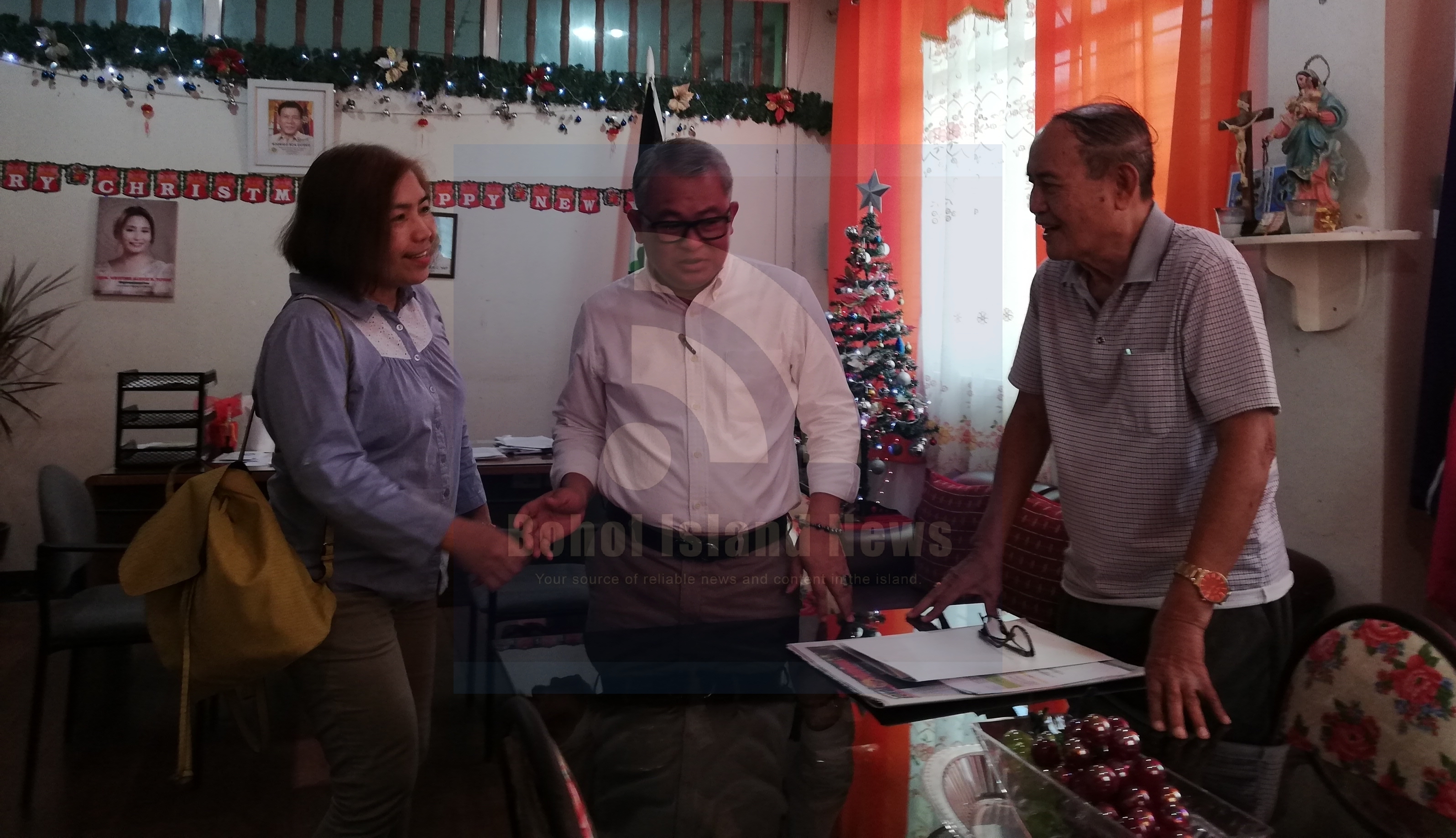 He issued Executive Order 57 to order Lila Mayor Arturo Piollo II “to issue a moratorium on all whale shark interaction activities pending the passage of an ordinance regulating this tourism activity, duly approved by Sangguniang Panlalawigan in cordination with DENR, BFAR, DOT and all other concerned agencies and to implement all laws and regulations on the protection of marine species.”

The order was served at around 11:30 a.m. on Monday, Dec. 23 by provincial legal officer Nilo Ahat and Bohol Environment Management Officer Jovencia Ganub.

It was received by Benjamin Caga-anan, executive assistant secretary.

“We are not after the total ban of whale shark interaction but only on the ecological trapping of marine wildlife by provisioning and/or act of feeding and luring and other activities which will harm these marine mammals and which are in violation of the law,” the EO said.

The whale shark activities in Lila met objections from environment advocates and organizations.

According to WWF-Philippines, as an endangered species, the nature of these animals should be respected when it comes to tourism-related activities.

Whale shark feeding is becoming more rampant and by supporting this practice, people are inevitably supporting the modification of their natural behavior, which might severely affect their life cycle, reproduction patterns, and their safety.

WWF-Philippines strongly encourages local government units to look at whale shark ecotourism from both the lenses of community and economic development, as well as wildlife protection and conservation.