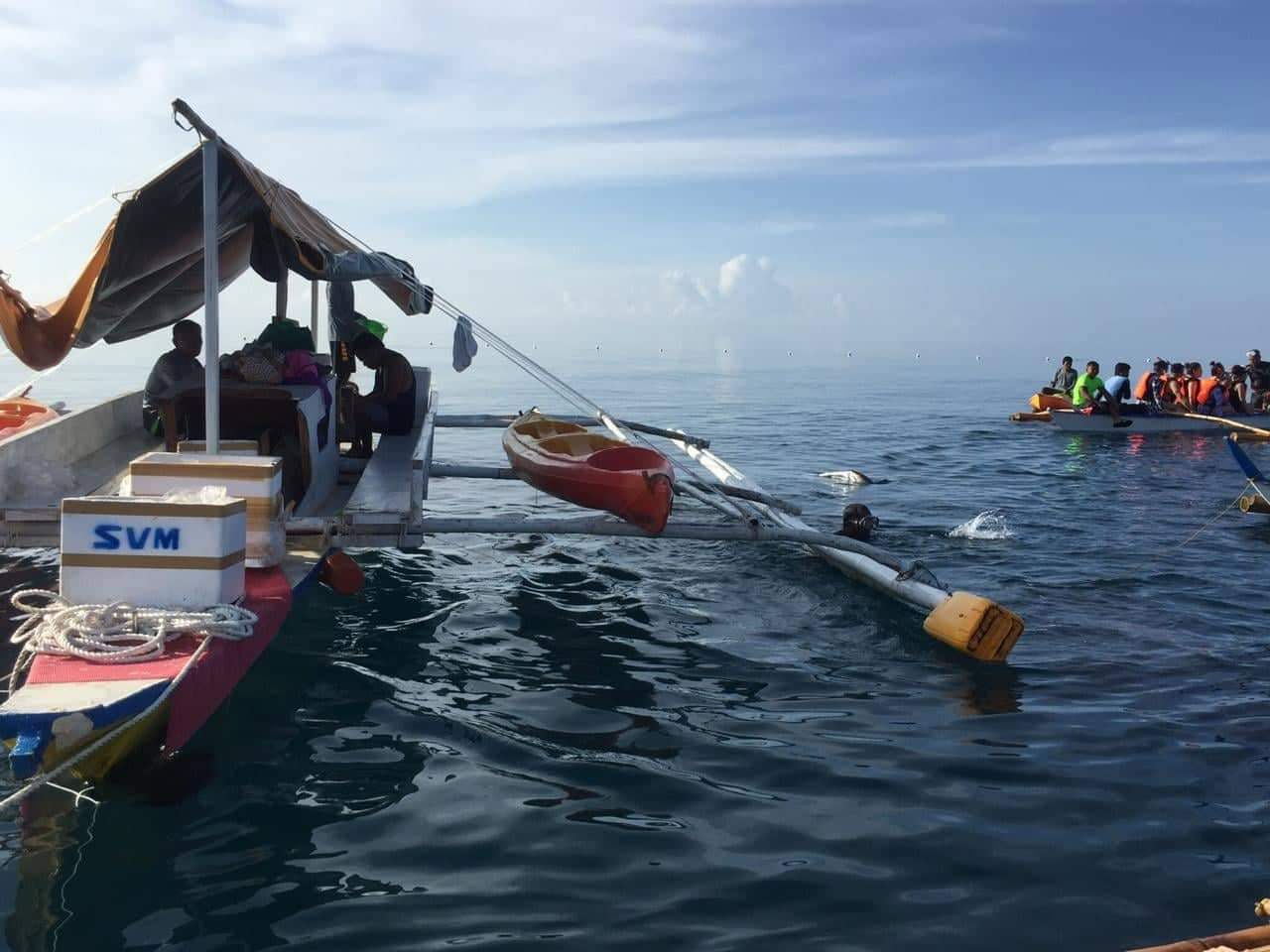 “Whale shark feeding has been a controversial issue in the Philippines since it began in Oslob, Cebu in 2011. As the whale shark tourism industry in Oslob grew, researchers have observed marked changes in the whale sharks’ behavior and physiology and concerns have been raised on the impact to the local environment,” it said.

The group said feeding of whale sharks for economic purposes is a clear form of exploitation and harms ecological balance in Bohol or anywhere it is practiced.

“Any livelihood or socio-economic activity should be sustainable, and in order for it to be equitable, it should be pursued without negatively impacting wildlife species and the integrity of the environment to which it belongs,” the statement said.

Whale sharks are endangered species as assessed by the International Union for Conservation of Nature, as well as a protected species through Fisheries Administrative Order 193 (1998) and the Philippine Fisheries Code.

“We must conserve this species for it to thrive in the wild for generations to come. Therefore, whale sharks in Lila should not be fed,” they said.

Bohol takes pride in its natural attractions and resources. It is known for dolphin watching, diverse coral reefs, and marine turtles, to name a few. The local government has taken initiatives to ensure the ecotourism industry’s sustainability in line with the DOT’s agenda under Secretary Bernadette Romulo-Puyat.

Responsible tour operations and visitor conduct are essential in this endeavor.

Whale sharks, according to the group, are highly mobile species. Whale sharks in the Philippines swim to Taiwan, Malaysia, and Indonesia.

They migrate seasonally between areas as this allows for nutrient exchange.

The group said restricting their movements by creating an “ecological trap” as dictated by provisioning (the act of feeding, chumming and luring) will alter their ecological roles and ecological needs.

“Conditioning whale sharks to approach boats can also make them more susceptible to injuries and poaching. The whale sharks’ positive association with boats may cause negative impacts when they move to other areas where there are no guidelines and trained personnel to conduct and monitor human interactions, as happens in neighboring countries,” it said.

The whale shark’s welfare is governed by local and international protection laws.

The whale shark is listed in both the Convention on International Trade in Endangered Species of Wild Flora and Fauna under Appendix II (CITES) and the Convention of Migratory Species (CMS).

The Philippines has been recognized as a country championing whale shark conservation by CMS, wherein one of our commitments is to ensure responsible tourism practices that will benefit and not harm the species.

“Bohol, a leading tourism destination in the Philippines, should be at the forefront of sustainability. The planned feeding of whale sharks will negatively impact Bohol as a key tourism destination, as the global importance of ensuring animal welfare in tourism is taking the center stage,” the group said.