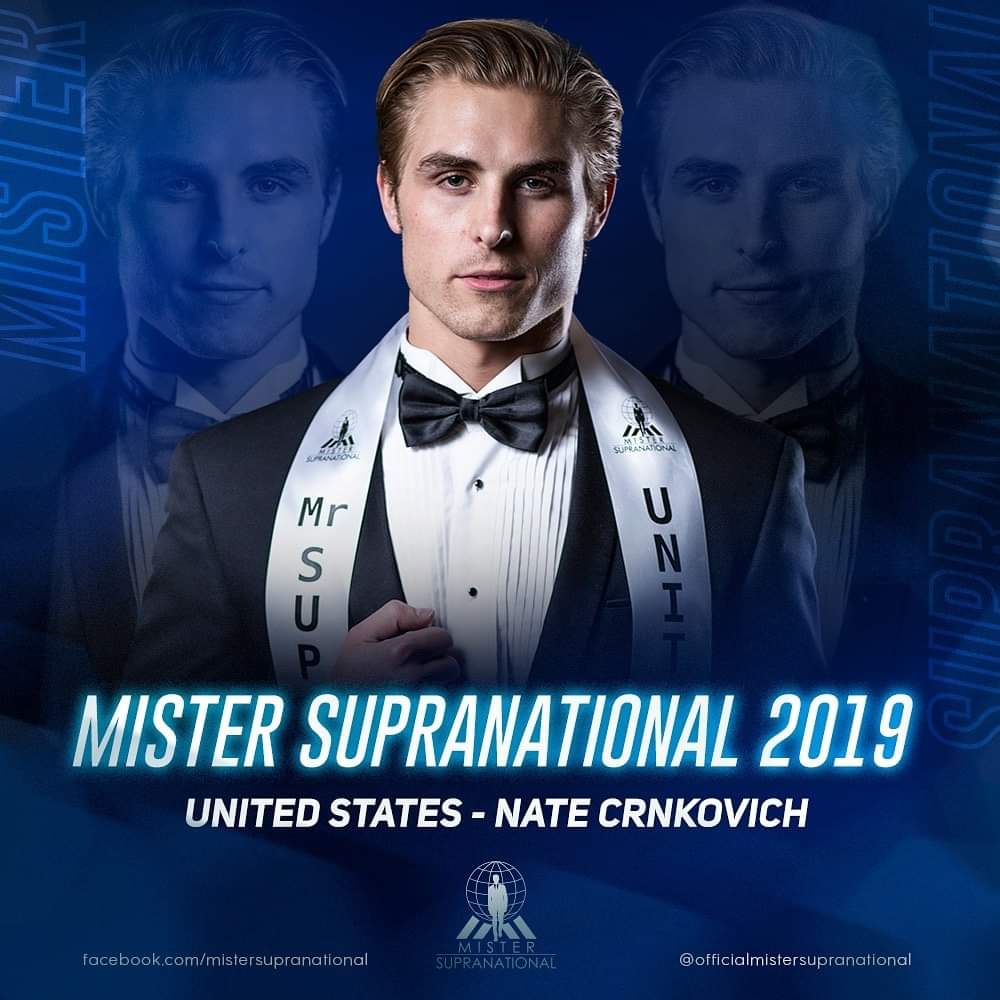 Nate Crnkovich from Omaha, Nebraska, USA, was crowned Mister Supranational 2019 in Katowice, Silesia, Poland on December 7, 2019. He bested 40 other candidates.

It was the fourth edition of the international male model based in Poland.

Crnkovich, 24, is the first ever titleholder from his country.

He is a trauma nurse and a former college football player.

Italo Cerqueira from Brazil was declared first runner-up followed by Alonso Martinez Vivanco from Peru as 2nd runner-up; and Tomasz Zarzycki from Poland as 3rd runner-up.

Philippines’ bet Denver Hernandez, 25, from Manila was included in the Top 20.

The Mister Supranational Philippines 2019 stands 1.78m tall and is currently working as a financial consultant. His hobbies include sports, music, cooking and traveling. Denver describes himself as fearless and someone who never gives up.

Being a fitness enthusiast, Denver hopes to use his platform to empower people through fitness. One of the goals for the future is to become the most influential figure in the fitness industry in his country. He would also like to be a successful businessman.