20 passengers injured after bus falls into cliff  in Catmon 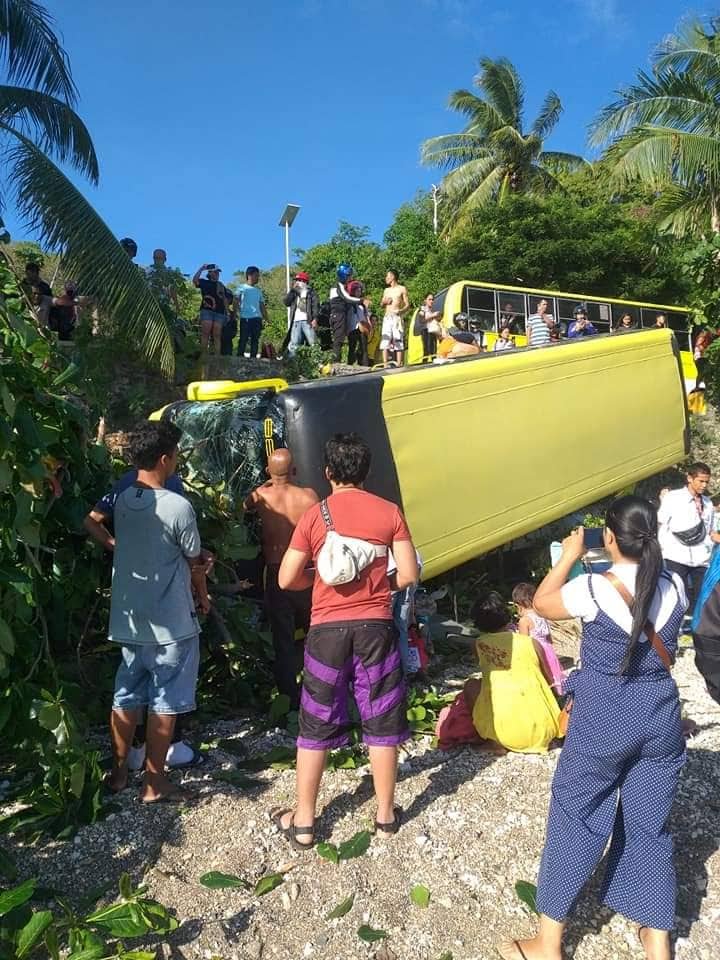 At least 20 passengers were injured after the Ceres bus fell into a cliff while traversing a portion of the national highway in Barangay Panalipan, Catmon town in northern Cebu on Sunday morning, December 8, 2019.

All of the 20 passengers were brought to the district hospital in the neighboring Sogod town for the treatment of bruises.

Catmon police said the Ceres bus left Tabogon town earlier today and was headed for the North Bus Terminal that is located in the same city.

The bus fell into a cliff while traversing a portion of the national highway in Baragay Panalipan, Catmon town and landed on the barangay’s shorelines.

Police said the driver claimed that there was a malfunction on the bus resulting it to fall off the highway.

The driver is now under police custody. He will be subject to a liquor test.