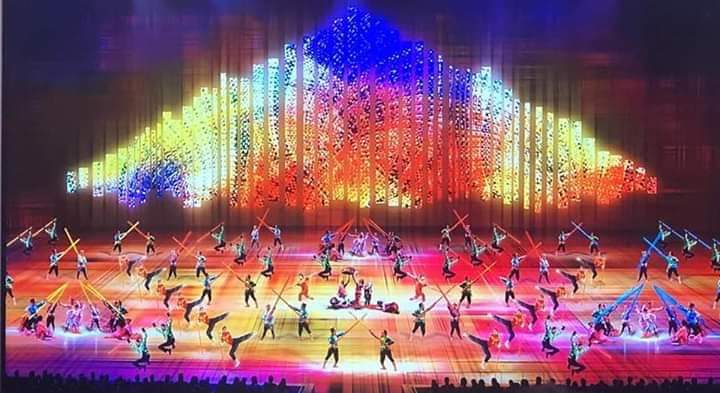 Mabuhay! Welcome to the Philippines!

The opening ceremony of the 30th Southeast Asian Games at the Philippine Arena in Bulacan
was a grand display of Philippine culture, arts, music, dance and world-class talents.

Native dances, from the northern Luzon’s La Jota Moncadeña and Mindanao’s Singkil, and a demonstration of Filipino martial arts such as escrima, kali, and arnis were featured in the opening.

The cultural performance quickly gave way to the march of athletes from the different participating nations with the Philippine beauty queens who served as the muses of participating countries.
They were introduced in a Santacruzan-style parade.

Ubay native Karen Gallman, the country’s 1st Miss Intercontinental in 2018, served as the muse of Brunei.

Miss Universe 2015 Pia Wurtzbach, the country’s 3rd Miss Univeserve, served as the muse of the Philippines.

Megan Young, who became the first Filipina to win Miss World in 2013, was the muse of Indonesia.

The iconic song “Manila” by Hotdog was the tune played in the background as the Philippine delegates marched.

The sight and sounds were so goosebump-inducing that even President Rodrigo Duterte couldn’t resist grooving to the beat.

Despite officially being opened only on Saturday night, preliminary games have already been held in the past week across several venues in the country.