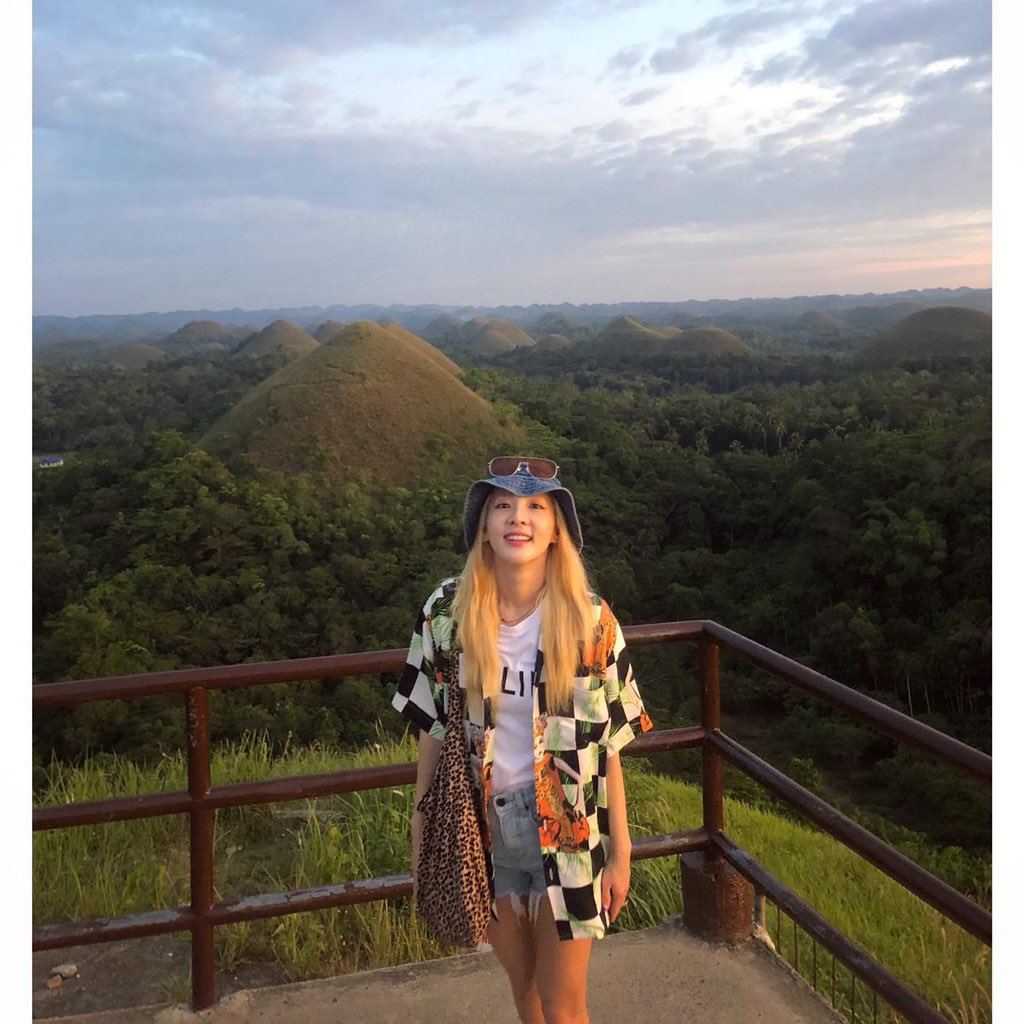 K-Pop Superstar Park posted her photos of the world-famous Chocolate Hills in Carmen town via her Twitter and Instagram accounts.

She also posted a photo of her enjoying the sunset and the 1,200 plus hills.

Park, a former member of 2NE1, first rose to fame in the Philippines as an endearing contestant on the talent show Star Circle Quest in 2004, after which she had a successful acting and singing career in the Philippines before returning to South Korea in 2007 where she eventually conquered the international stage via her now-defunct K-Pop group 2NE1.

FEATURE: Getting a garden farm fill at Teofils