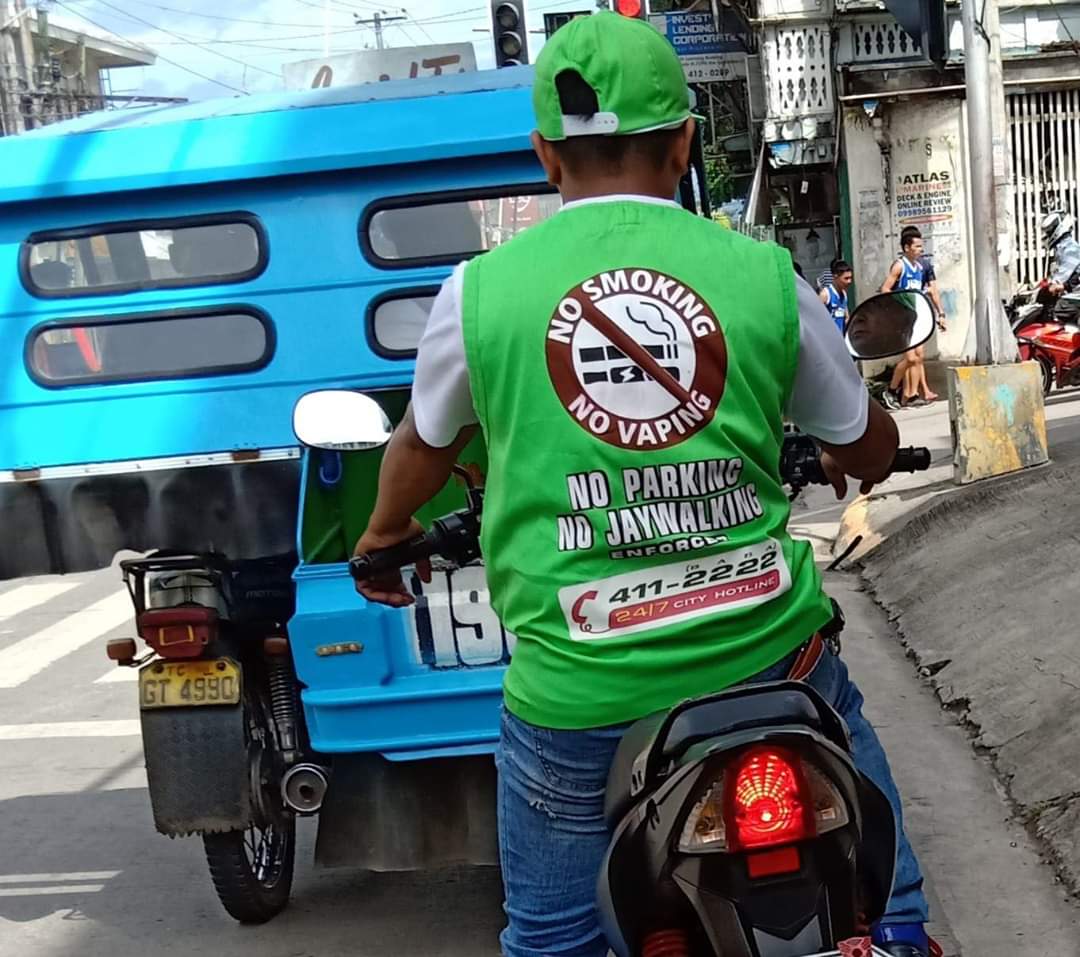 A traffic enforcer in Tagbilaran City who became viral on social media after he was caught for not wearing a helmet was suspended for two months.

The man was wearing a neon green vest with words printed on its back “No Smoking, No Vaping, No Parking, No Jaywalking”.

Mayor John Geesnell “Baba” Yap posted on Wednesday on his Facebook page that the said traffic enforcer was suspended for two months.

“No Smoking, No Vaping, No Parking, No Jaywalking, No Helmet, NO MORE JOB,” Mayor Yap said.

Yap added the city government will not tolerate employees who disobey traffic rules.