Liloan awarded as “Most Resilient Municipality” in the country 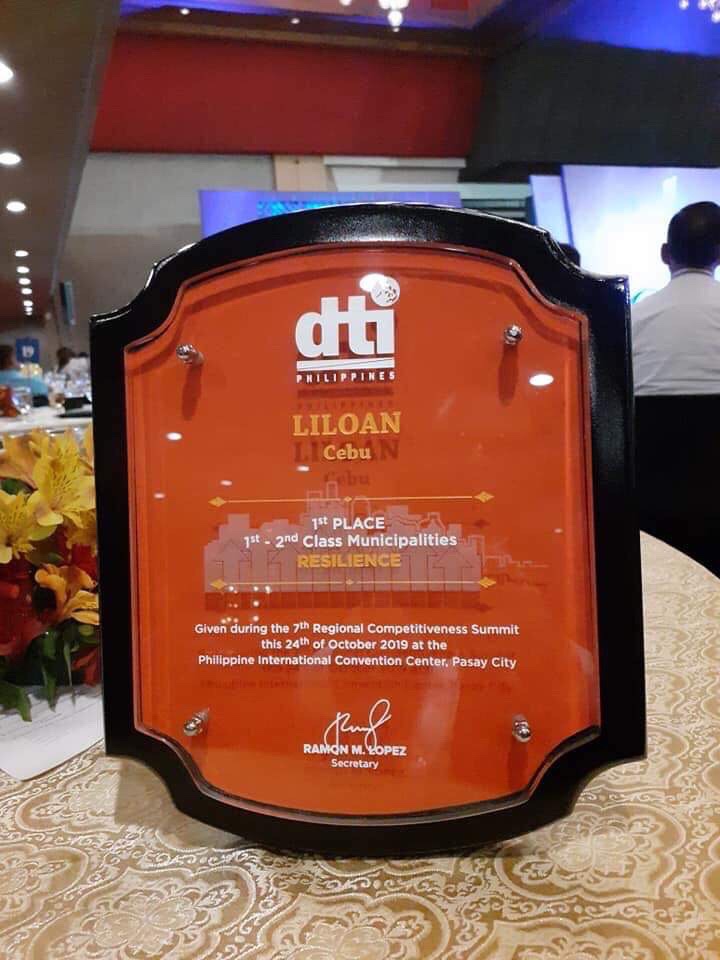 The Municipality of Liloan, Cebu was awarded by the Department of Trade and Industry the most resilient municipality in the Philippines, having garnered First Place in Resiliency at the 7th DTI Regional Competitiveness Summit, besting all other 1st and 2nd Class Municipalities in the country.

A total of 1,518 LGUs participated in the Summit, with DTI Secretary Ramon M. Lopez leading the awarding ceremonies held at the Philippine International Convention Center.

The DTI, through its Competitiveness Bureau recognizes Local Government Units with exemplary performance in the four pillars of the competitiveness index – Economic Dynamism, Government Efficiency, Infrastructure and Resiliency. The Resiliency Award is given to the LGU that is most resilient in its infrastructure, governance, social and environmental systems. The award recognizes the capacity of a locality to facilitate businesses and industries to create jobs, raise productivity, and increase the incomes of citizens over time despite of the shocks and stresses it encounters, thereby ensuring a competitive environment to make businesses sustain their profits, create jobs, and increase the productivity of its people.