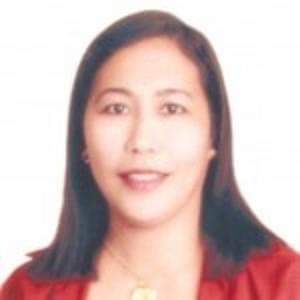 Former Cortes Mayor Apolinaria “Jasmin” Balistoy was found guilty of corruption over cash advances she made to cover personal travel expenses amounting to over ₱20,000 in 2010.

In a 39-page decision promulgated on January 20, the anti-graft court’s Fifth Division sentenced Balistoy to six years and one month to eight years in prison for violating the Anti-Graft and Corrupt Practices Act.

The court perpetually disqualified her from holding public office.

She was also ordered to indemnify the Municipality of Cortes in the amount of P20,779, with interest of 6% per annum until fully paid.

The court also ordered Balistoy to pay a fine of P10,000 for each count.

The case stemmed from Balistoy’s utilization of falsified Certificates of Appearance for her unauthorized travels in Cebu City.

State prosecutors said Balistoy forged the signature of a certifying officer from the Civil Service Commission, when she liquidated her cash advances.

The Certificates of Appearance dated January 5, 20, and 21 in 2010 and February 4 and 5 in 2010 included the signature of Dr. Loreno Canapi of the Civil Service Commission. However, the court said Canapi had already retired in 2009.

According to the Court, each of the certificates also only indicated that it is issued for “whatever purpose” it may serve Balistoy.

“By using these Certificates of Appearance, the putative assumption is that the accused is the author of the falsification. The settled rule is that in the absence of satisfactory explanation, one found in possession of and who used a forged document is the forger,” it said.