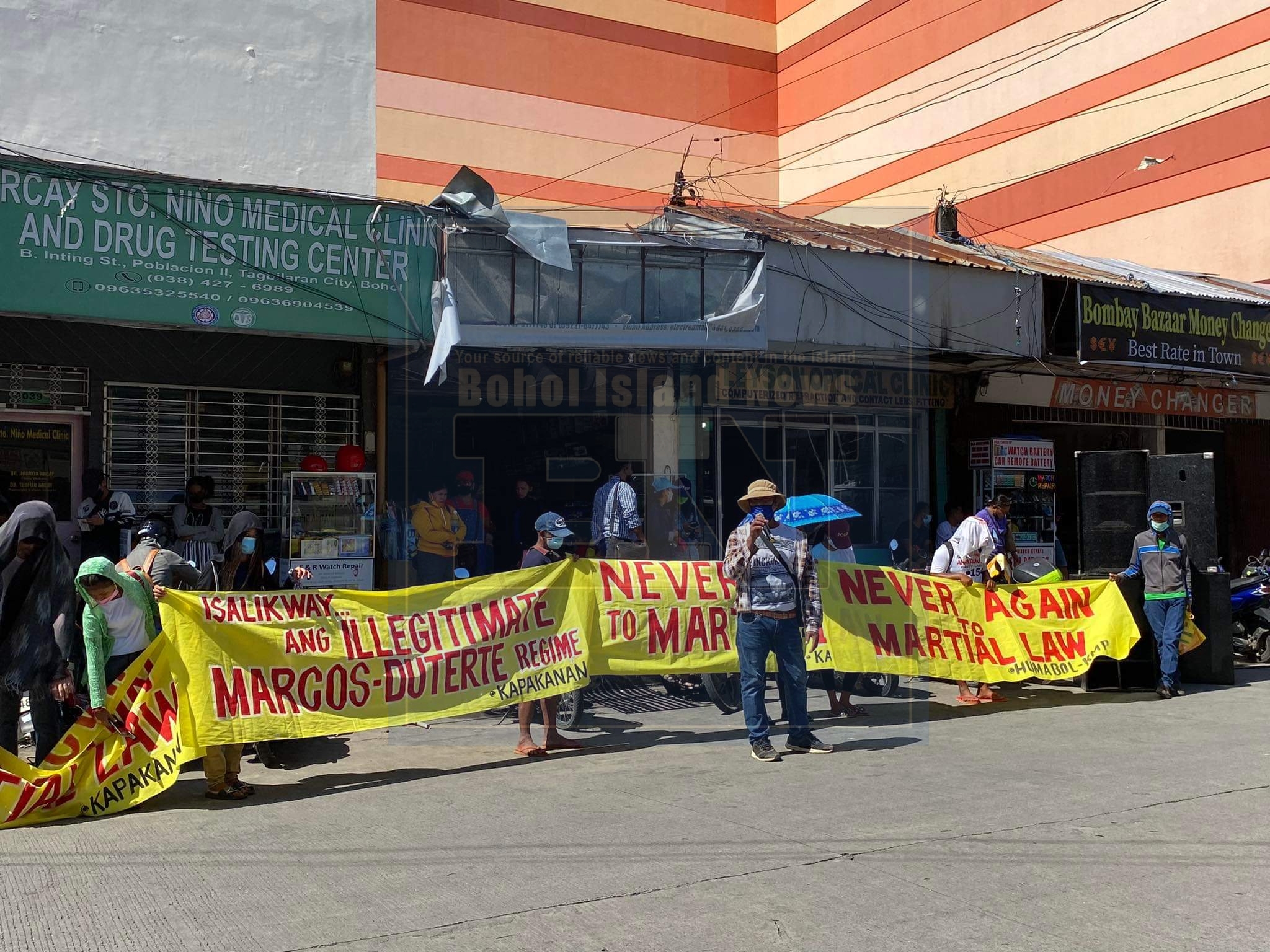 Members of Hugpong sa Mag-uumang Bol-anon (Humabol) and Kapakanan held a protest rally on Wednesday, Sept. 21, 2022, in line with the 50th anniversary since the declaration of Martial Law in the country in 1972.

The nearly half hour protest was held on B. Inting Street near the Tagbilaran City Square.

Saniel Peligro, secretary-general of Humabol, said they organized a protest to publicly express their opinions that matter in today’s society.

Peligro said they also called on the government to increase budget in agriculture and education.

He said hunger and hardship of the people, especially the peasants, will worsen in the face of the continuous rise in the price of oil and basic commodities.

In a statement, Humab said “on the 50th year of Martial Law, Bol-anons say “never again” to tyranny and took to the streets to protest against continuing human rights violations and worsening economic crisis under yet another Marcos regime.”

“With the dictator’s son at the presidency, the Philippines has seen the worst unemployment in Southeast Asia at 6% and an inflation rate of 6.4%. Prices of fuel and basic commodities hit an all-time high. In contrast, farm-gate prices of farmers’ agricultural products and workers’ wages remain low, ” Humabol said in a statement.

The protest was generally peaceful even the rallyists had no permit.

The demonstration ended after a member sang “Tatsulok” popularized by Bamboo.