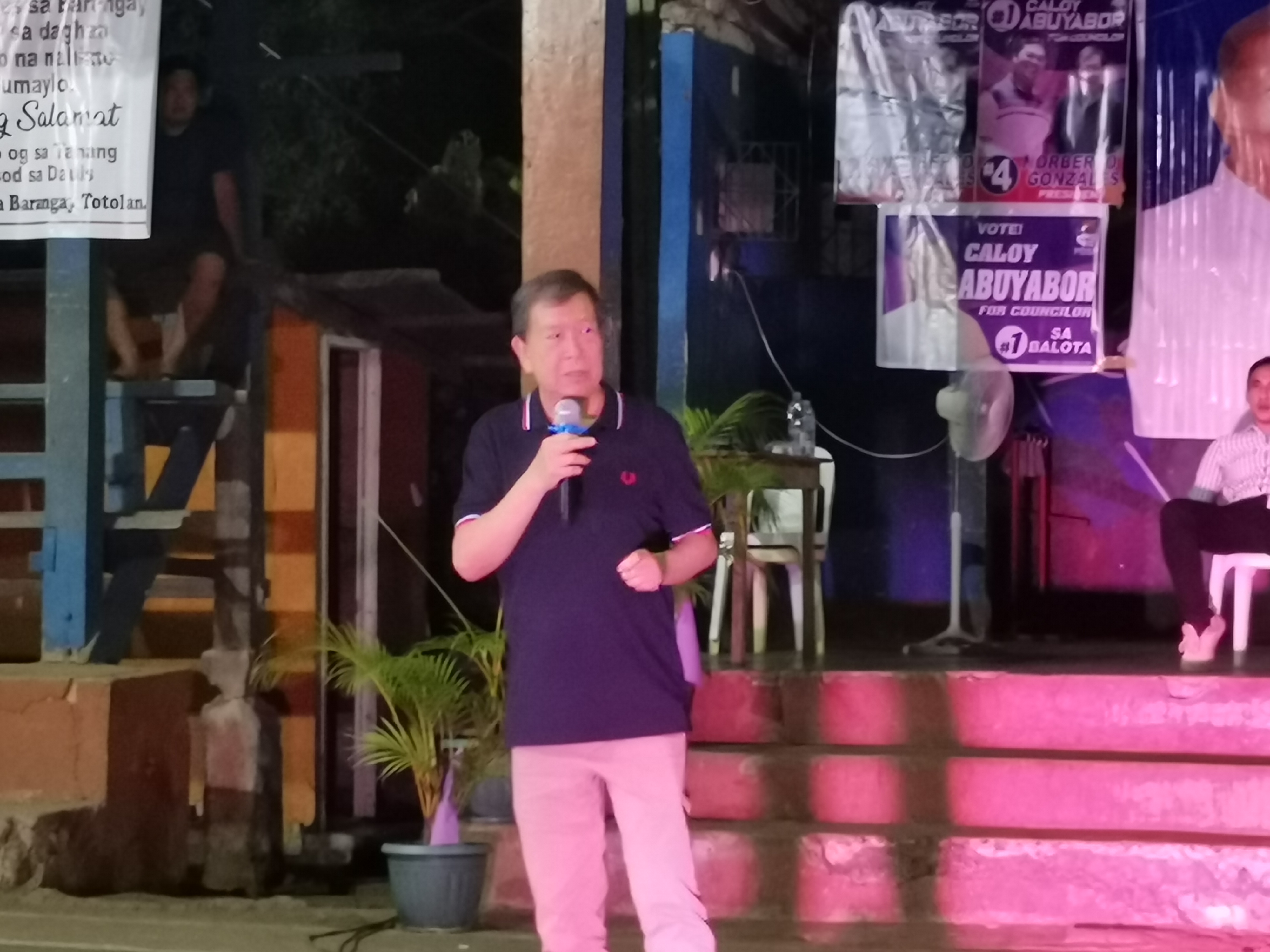 After a motorcade, he held a rally at the Barangay Totolan covered court.

Some 2,000 people attended the rally, according to the organizer Caloy Abuyabor, who is also running for councilor in Dauis.

During his speech, Gonzales reiterated his platforms to improve the education for the youth, livelihood and peace and security.

He also stressed the need for mandatory military service, a good idea and will prove to be valuable during a crisis.

After the rally, Gonzales also had a dialogue with the owners of fish vessels and fishermen.

Earlier, Gonzales visited the Diocese of Tagbilaran and conveyed his appeal for the Church hierarchy to be politically involved but non partisan.

He said that the Church is one of the pillar institutions for democracy and that in times of national crises and perilous situations the discerning, guiding and unifying presence of Church as a moral and spiritual compass should not be compromised because of the laity’s perception of her partisanship.

He likewise introduced the concept of ‘faith tourism’ wherein while we highlight our churches as national treasures and heritage sites, our churches can be weaved as one, integrated faith journey where pilgrims, as they visit one church after another not only in Bohol but in the other provinces of the country, they can further appreciate the richness of our catholic tradition and deepen their faith experience.