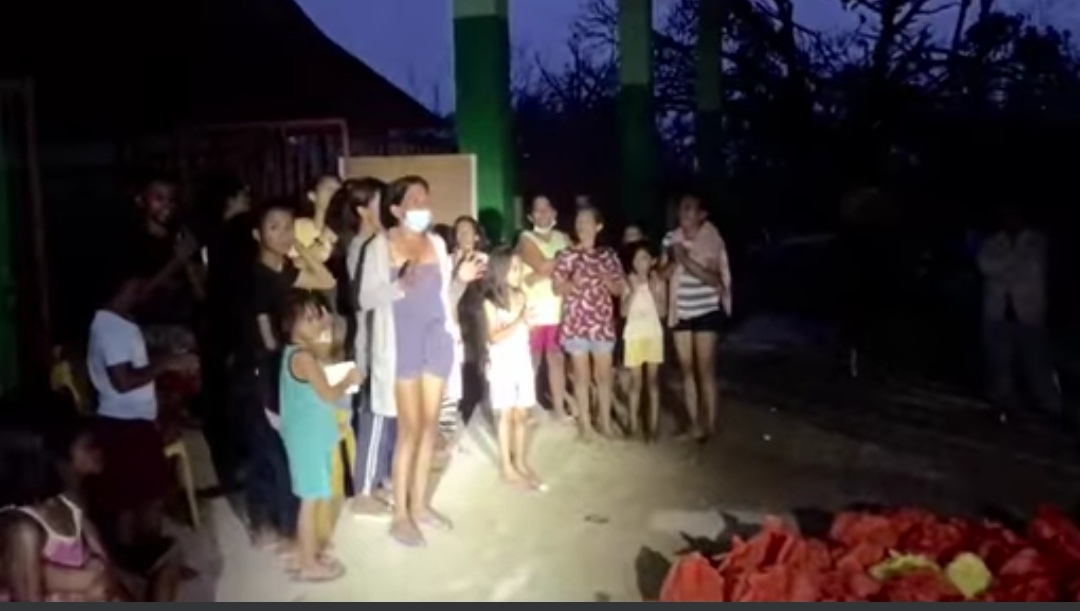 There were 849 relief packs were given to the residents who welcomed Christmas in the ruins of their communities.

She said the presence of Aumentado who assured them help would come gave her a relief.

With the relief packs, Cutamora said they had something to eat on Christmas Eve.

In return, the residents sang “Joy to The World” and “Kasadya ning Taknaa”.

“More relief packs are coming from our friends and donors,” he said.

Aumentado also spent noche buena inside the big tent in Ubay with the 911 Rescue Team from Davao City sent by Mayor Sara Duterte.

Ubay and nearby towns accounted for more than 100 confirmed deaths.