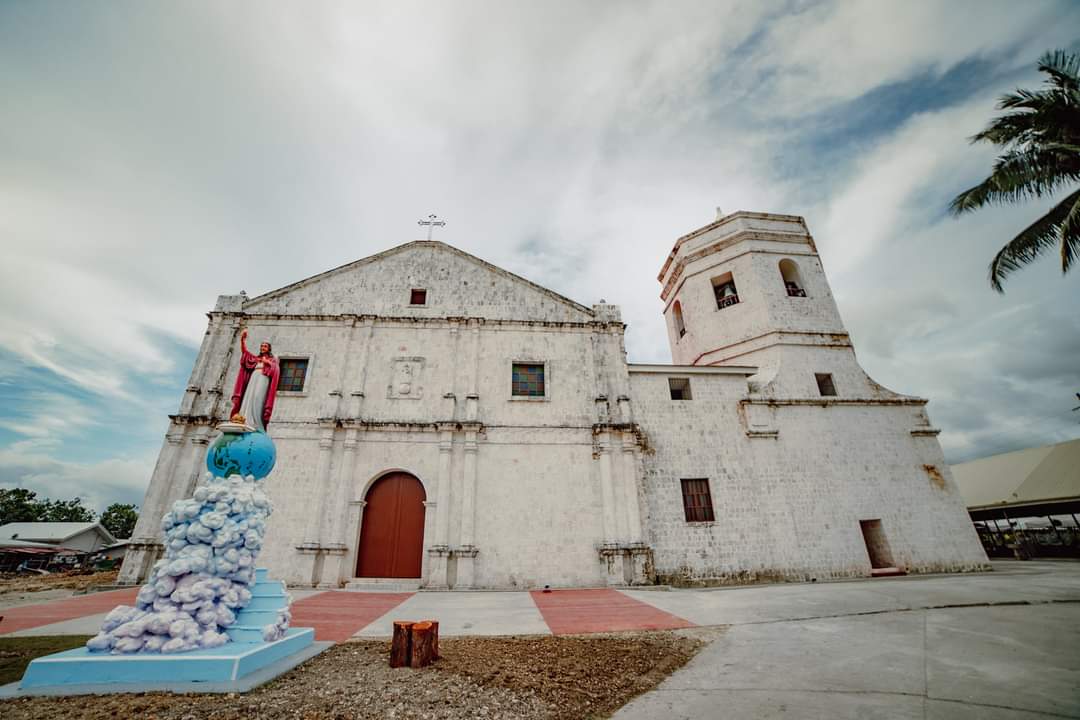 Eight years, one month and 25 days was all it took for the government to finally prove the pessimists wrong about the reconstruction of the church that was totally reduced to rubbles during the October 15, 2013 earthquake.

National Museum of the Philippines (NMP) Director General Jeremy Barns turns over the documents to the Bishop of the Diocese of Tagbilaran, Albert Uy, in ceremonies attended by the faithful of Maribojoc and devotees of the Holy Cross and Saint Vincent Ferrer.

Even parishioners who saw the extent of the damage would not believe the town could have any chance to rebuild the heritage church in so short a time.

The newly reconstructed church, stands now as a faithful semblance to the same church which the tremor levelled to the ground.

The last in the church restoration and reconstruction projects which the national government through two government agencies entrusted with the task to restore and rebuild churches especially those which are with historic and cultural values.

As the National Museum of the Philippines (NMP) and the National Historical Commission of the Philippines (NHCP) committed for Bohol’s heritage structures, newly reconstructed Holy Cross Parish Church in Maribojoc now re-opens its doors to the faithful as church authorities rededicate the church through the enthronement of the Holy Cross and Saint Vincent Ferrer in their separate niches in the altar, today December 12.

A church that has its roots on the Jesuit occupation and mission in the 17th century and dedicated to the Holy Cross, the Augustinian Recollects took over the parish in 1768, and nearly a century later, the coral stone church was built in 1852 and works continued for the convent, belltower and the church fortifications until the late 1890.

The historic church served as the refuge for the people and even for Loon parishioners during the Philippine-American war in 1901.

The church obtained its one-of-a-kind gothic retablo in the 1930’s care of the Boholano priest and church builder Fr. Quiterio Sarigumba, at the time when the church ceilings were painted by master painter Ray Francia.

Declared as a shrine for Saint Vincent Ferrer in 2005, the church complex which includes the stone masonry church and convent, its side plazas and the stone stairway at the back of the church, was declared National Cultural Treasure by the NMP on May 5, 2010.

The earthquake however did not spare the centuries old church and convent, and when it toppled, the priceless wooden retablos were not spared.

Unique to the church are its neo-Gothic and Mudejar styled retablos incorporated with local motifs, according to the NMP.

Seeing the value of the cultural treasure, the national government with the Spanish Embassy set up a local workshop training local workers on masonry, woodworks, repainting and other works necessary to provide the manpower support for the reconstruction.

These workers who graduated from the Escuela Taller meticulously restored, guided by expert art restorers and conservators, the church retablos, stone carving details and floor tiles.

The church is one among the three Spanish colonial period churches which the earthquake of 2013 toppled.