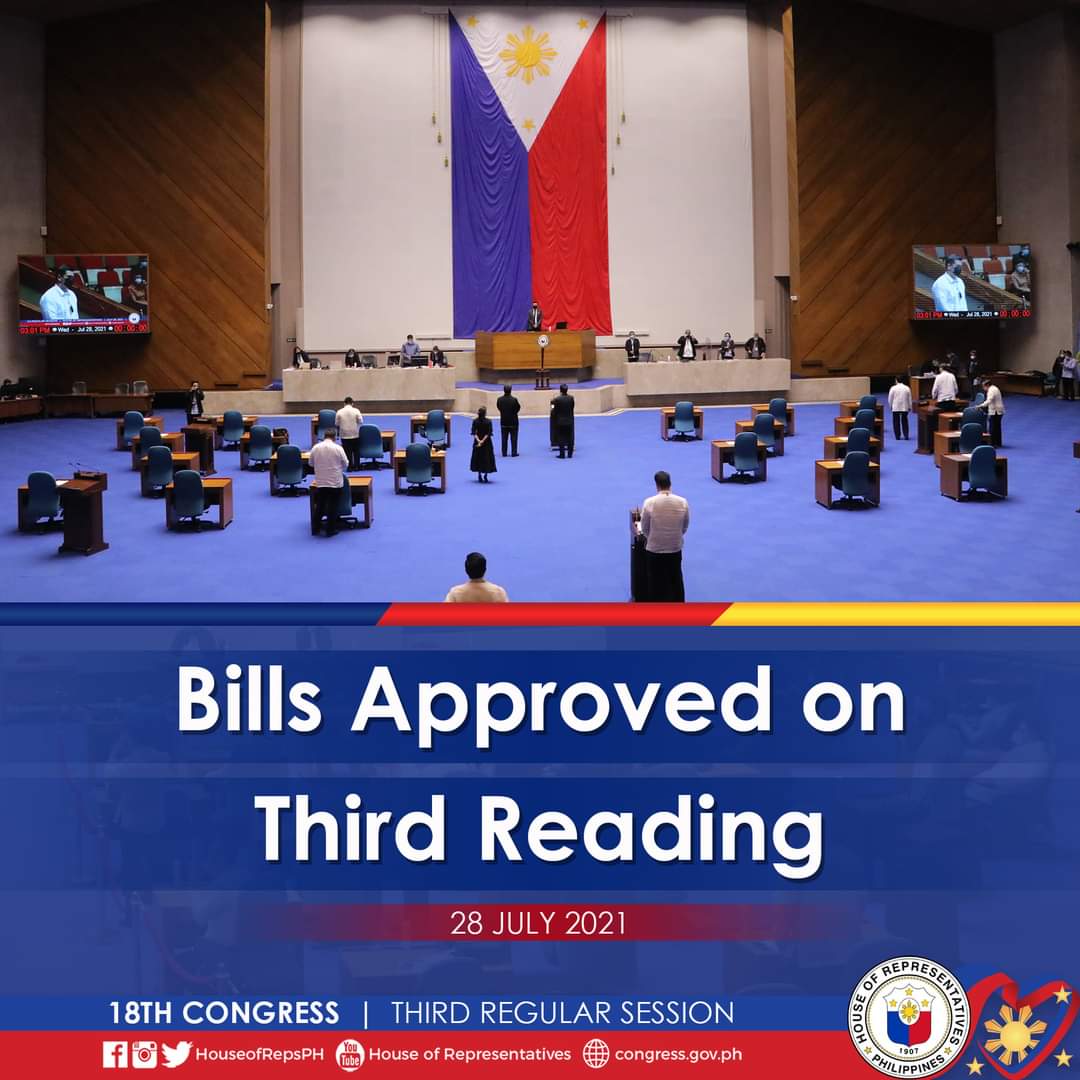 The House of Representatives on Wednesday passed on third and final reading two measures that would establish a virology institute in the country, as well as a center for disease prevention.

The Congressmen approved the proposals as a response to the coronavirus pandemic, in a bid to better equip the Philippines in research and in managing future health crises.

The bill was filed and deliberated in the joint Committees on Science and Technology chaired by Bohol 2nd district Rep. Erico Aristotle Aumentado and Health chaired by Rep. Angelina Tan.

The passage of the bills came days after President Rodrigo Duterte certified both as urgent, during his final State of the Nation Address on July 26.

House Bill 9599 hurdled final reading with 198 members of the lower chamber voting Yes, with none voting against it or abstaining.

It aims to create a venue for scientists, research institutes, and other groups in the country and abroad for collaborative studies on viruses.

This virology institute would be an attached agency of the Department of Science and Technology.

Lawmakers said its offices, research facilities, and laboratories, would be located at the New Clark Economic Zone in Tarlac.

“The biosafety infrastructure shall be designed based on risk assessment standards and guidelines of the WHO,” the bill states, “for handling specific pathogens and the establishment of virology laboratories in developing countries.”

House Bill 9560, meanwhile, was approved with 193 congressmen voting for it, while six against. If enacted, it would establish a Center for Disease Prevention and Control, similar to that in the United States.

Among its functions would be to recommend to the president, through the health secretary, the declaration of a state of public health emergency in the event of epidemics of national and global concern.

The Philippine CDC would also be tasked to develop and maintain an integrated surveillance system of diseases, injuries, and disabilities.

Once signed into law, it would see several units under the Department of Health transferred to its helm, such as the epidemiology bureau and the Research Institute for Tropical Medicine.

The House bill would also local CDCs in the regions, which would all be under one director general with the rank of an undersecretary.