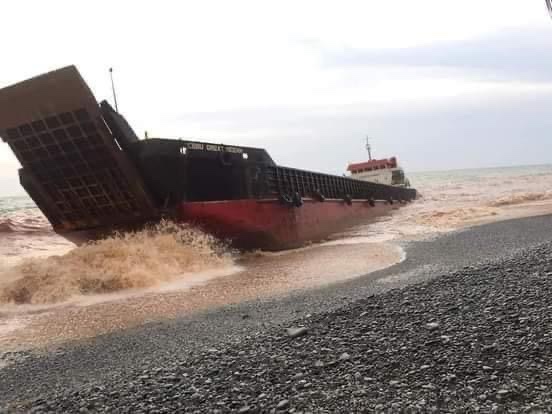 A Boholano is among the identified survivors of the 20 ship crew members that reportedly went missing after their vessel ran aground along the shoreline in Malimono, Surigao del Norte yesterday, April 19.

However, one ship crew didn’t make it.

The same report named the fatality as Norman Galon, an electrician from Mandaue City, Cebu.

In another report by state media Radyo Pilipinas, there were three crew who died including Galon, Engr. Marvin Lusica and oiler Lemuel Dadivas.

Five of the crew are admitted at Caraga Regional Hospital while the other two are at Malimono District Hospital.

On Monday afternoon, the Philippine Coast Guard (PCG) responded to a maritime incident involving vessel, LCT Cebu Great Ocean that ran aground along the shoreline of Barangay Cantapoy in the said town.

According to PCG Station Surigao del Norte, the 20 crew members of said vessel were allegedly missing.

The vessel is loaded with nickel ore and contains approximately 2,000 liters of diesel on board.