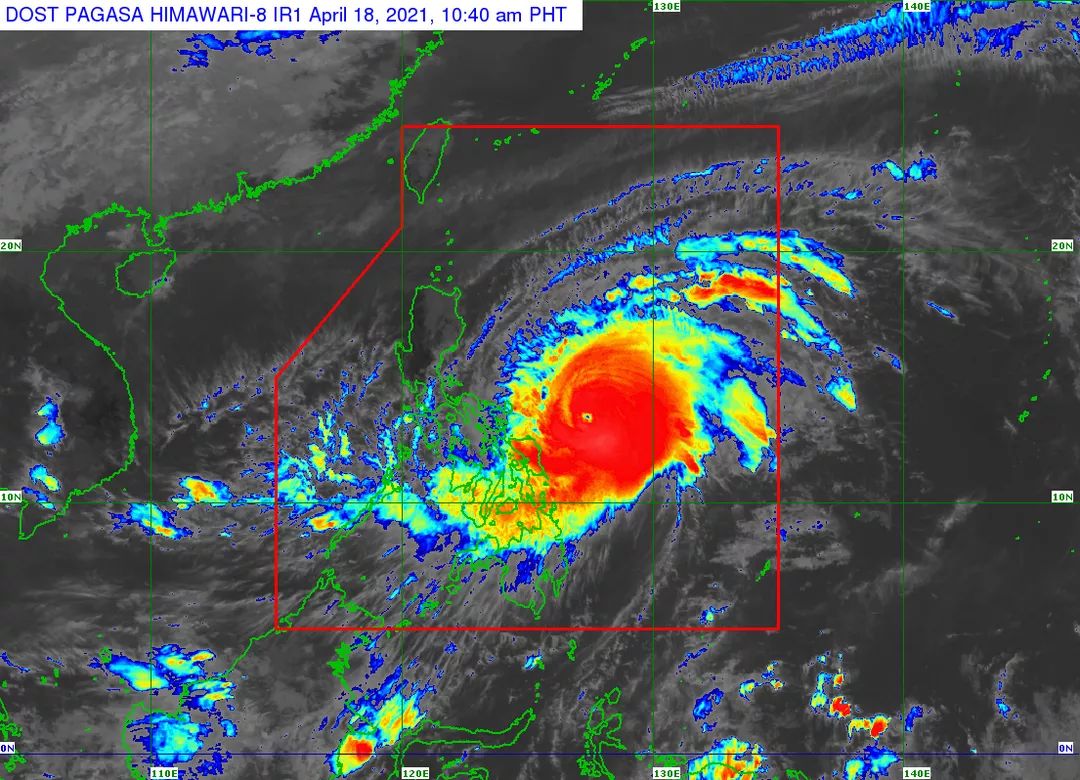 Typhoon “Bising” (international name: “Surigae”) slowed down slightly while it maintained its strength over the Philippine Sea east of Northern Samar on Sunday morning, April 18.

The Philippine Atmospheric, Geophysical and Astronomical Services Administration (Pagasa) said at 11 a.m. of Sunday that Bising was spotted 375 kilometers east of Juban, Sorsogon or 345 km East of Virac, Catanduanes, moving west northwestward at 20 kilometers per hour with winds of 215 kph near the center and gustiness of up to 265 kph.

Typhoon Signal No. 2 was hoisted in Catanduanes and Eastern Visayas provinces of Northern Samar, Eastern Samar and Samar.

Typhoon Bising will continue to move northwestward over the Philippine Sea east of Bicol Region on Sunday and is likely to slow down considerably and begin turning more northward tonight or tomorrow early morning.

The typhoon will then continue moving northward until Tuesday (April 20)morning before turning north northwestward while over the Philippine Sea east of Cagayan Valley.

Considering the uncertainty in the track forecast of the typhoon, a westward shift in the current forecast track may result in potentially significant impacts over the eastern portions of Southern Luzon and Visayas. The possibility of a close approach scenario is not ruled out.

The typhoon is forecast to maintain its strength today before gradually weakening throughout the remainder of the forecast period.