Jan 12, 2020 Bohol Cultural Center, CPG Avenue, mimi boniel, old trees that have been cut down to give way to a road-widening project of the Department of Public Works and Highways (DPWH), Rain Calimbayan 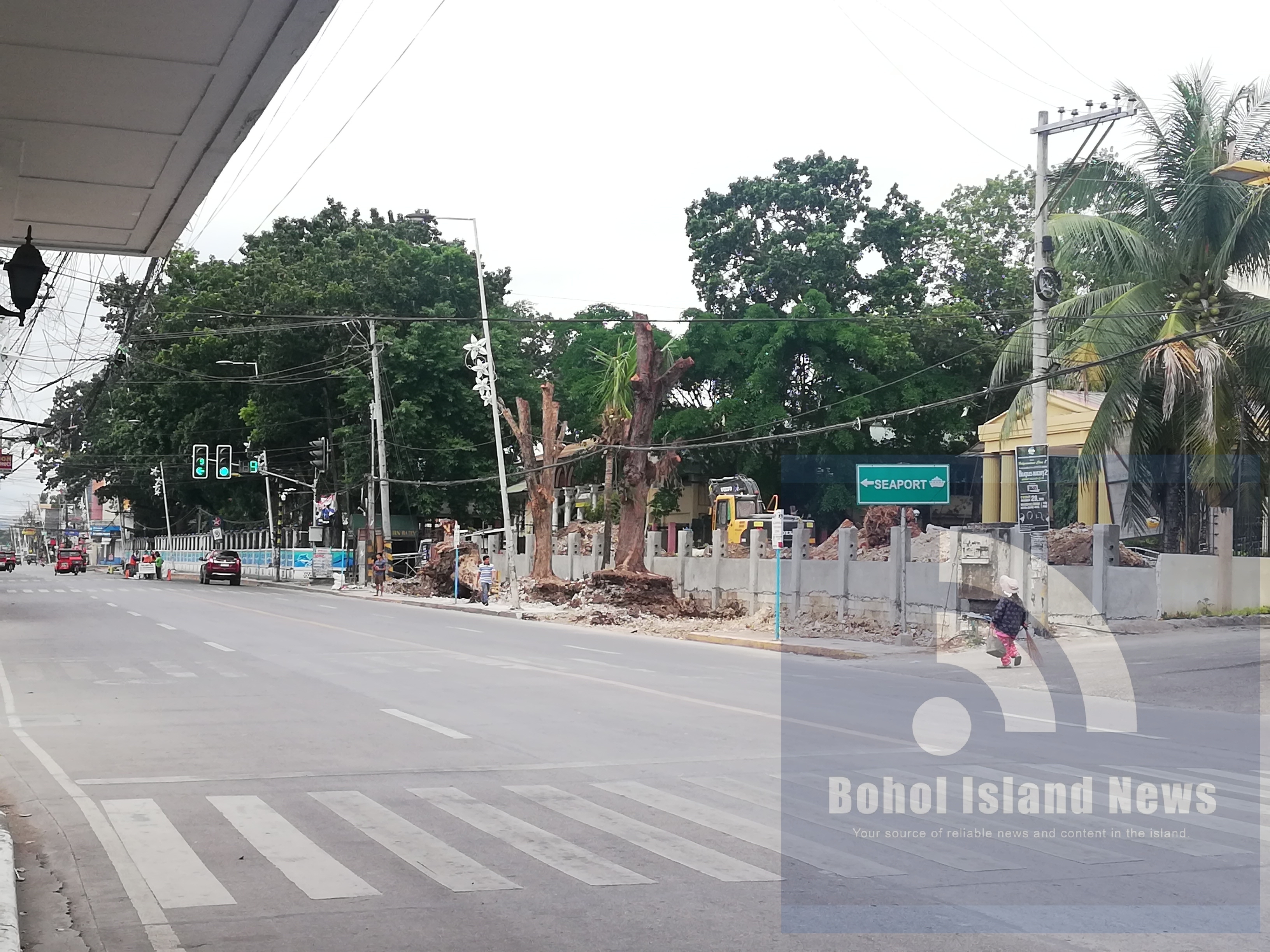 Boholanos expressed shock and dismay over the loss of old trees that have been cut down to give way to a road-widening project of the Department of Public Works and Highways (DPWH) along CPG Avenue (in front of the Bohol Cultural Center), Tagbilaran City.

He added that the trees were already standing way before he was born.

“Benefit of the doubt. This is to make inquiries if the cutting of these old trees fronting Bohol Cultural Center has permits from DENR,” he posted on Facebook.

“As per information/s the Provincial government (SP) has not yet approved the said cutting. Hence, this would lead to another environmental issue pertaining to cutting of old Heritage trees,” his post continued.

Board member Mimi Boniel also posted on Facebook that she was also surprised when the trees were cut.

“After my MPA class in UB, went to 2nd district for an invitation…saw a post in fb and was tagged, went right away to Tagbilaran City just to see the veracity of the post in which SP was put into verification whether or not the cutting of old trees was approve,” Boniel said.

“FYI (For your information) SP (Sangguniang Panlalawigan) did not approve any!🤔🤔🤔”, she added.

Calimbayan said “Under the HTP, the DENR coordinates with communities and institutions to protect and save mature trees in highly-urbanized areas by designating them as ” HERITAGE TREES”.

“Wake -up Provincial Government ! where is our sense of preserving our landmarks old trees?,” asked Calimbayan.

Another resident who requested anonymity said she was astonished that trees were already cut.

She added she had not heard any road accident due to the trees.

As of Sunday, January 12, 2020, there was no signage informing the public about the tree cutting and if there is a government permit.

The DENR and provincial government of Bohol have yet to release their respective official statements.