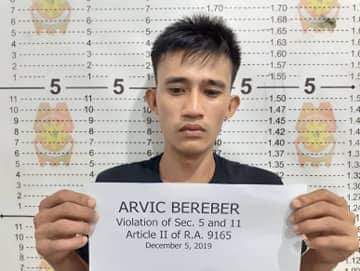 The suspect was identified as Arvic Bereber, 27, a resident of CPG North Avenue, Barangay Cogon in Tagbilaran City.

Bereber, a security guard, was arrested by Tagbilaran police at past 10 p.m. on Thursday, December 5.

Seized from the suspect were sachets of suspected shabu with an estimated worth of P122,400.