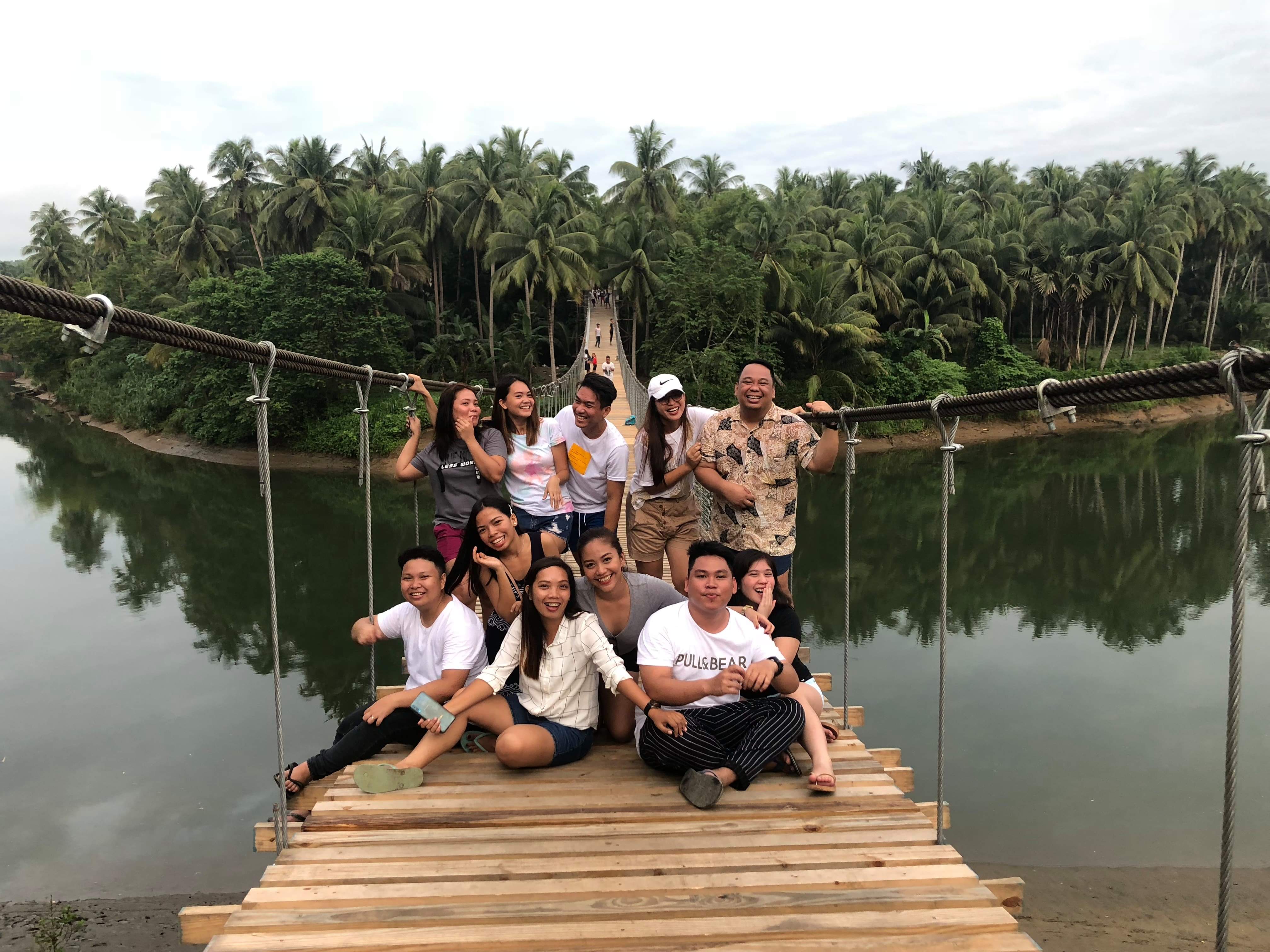 The new hanging bridge in Inabanga town is attracting tourists after it was opened to the public two weeks ago.

The bridge is connecting the barangays of Cawayan and Napo.

It is made of steel cables, giving added safety and stability.

The deck of the bridge is formed out of hard woods sturdy enough to take the weight of people, locals and even small motorcycles.

It is almost 155 meters, which spans around 10 meters and offers a great view of the emerald Napo River below.

Napo, which has a population of at least 728, made the headlines of news outlets in 2017 after a firefight occurred between suspected members of Abu Sayyaf and government troops.

The construction of the bridge began in June 2018 and was completed in October this year.

According to Bohol 2nd district Rep. Erico Aristotle Aumentado, the P7.5 million bridge will provide connectivity to residents of the surrounding villages.

Boy Pernia of the office of Aumentado said that the initial plan was a concrete road. However, the Department of Public Works and Highways (DPWH) said the road was not feasible since the soil is soft. The bridge was created instead for accessibility of the people.

It has now become a tourist attraction to overt the conflict that happened two years ago.