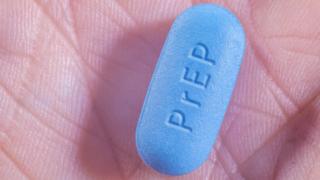 This pill has been proven to prevent HIV infection by over 90%!

A pill that prevents the spread of human immunodeficiency virus or HIV within the body is now available in the Philippines!

The HIV prevention pill is called the pre-exposure prophylaxis pill or prEP, and it has proven to prevent HIV infection by more than 90%, GMA News Online reported Wednesday.

Venereologist Dr. Gilbert Yang said, the pill should be taken before sexual contact.

“Before you get exposed to something, to HIV, iinumin nila ito [prEP pill]. Ang prep ay iniinom seven days before contact, once a day and you can continue taking it as long as you want,” he said.

However, Dr. Yang said that the pill has to be prescribed by a doctor and can’t be bought over the counter.

There is also the pill called post-exposure prophylaxis pill that helps stop the spread of HIV within your body after being exposed, he added.

He said, “If you got exposed to someone with HIV or if you had sexual contact with whom you don’t know, you can take this pill within 72 hours from the high risk behavior. It prevents HIV by 95%.”

The Philippines is one of the countries with the fastest growing HIV epidemic in the world.

Two out of three HIV infections also belong in the 15 to 24 age bracket, said UNAIDS.

HIV can be transmitted through body fluids, sexual contact, blood transfusion and sharing of needles. It can also be passed on from mother to child.

The virus can kill the body’s immune system which helps fight against infection and diseases. Having HIV is a life-long condition and may develop into AIDS, also known as the acquired immunodeficiency syndrome.