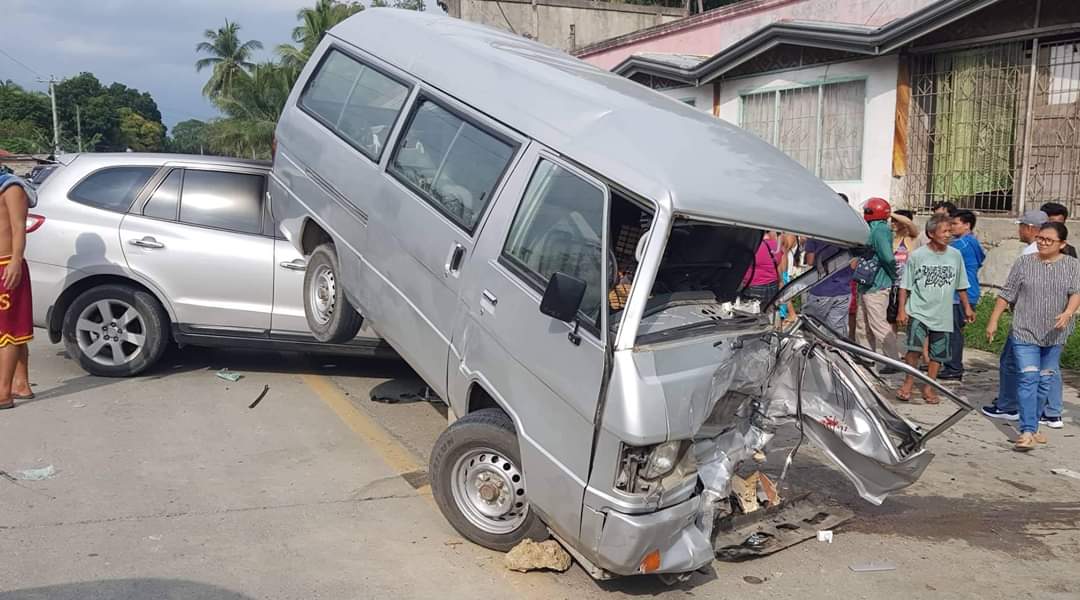 Four were injured including three Korean nationals in a vehicular crash in Cortes town on Sunday afternoon.

The police report said that on Sunday at around 2:30 p.m., the white L300 Mitsubishi Van driven by Rainerio Jotojot Corona, 59, a resident of Purok 6 in Barangay Salvador, Cortes, Bohol, was driving on high speed while approaching Cortes town.

Another Hyundai and Suzuki Multicab were also traversing the opposite direction at normal speed heading to Tagbilaran City.

However, upon reaching along the highway in Barangay De La Paz, the van suddenly shifted direction to the opposite lane and side swept the multicab.

It then bumped to the Hyundai car behind it.Corona, who was injured, was brought to Gov. Celestino Gallares Memorial Hospital in Tagbilaran City.

The driver of the Hyundai car, identified as Kang Shinguen, 63, and his passengers identified as Han Dongim, 63, and Jeong Taek Lee, 64, who were also injured were brought to Ace Medical Center Hospital by responding LGU-Cortes and TARSIER 117 ambulance.