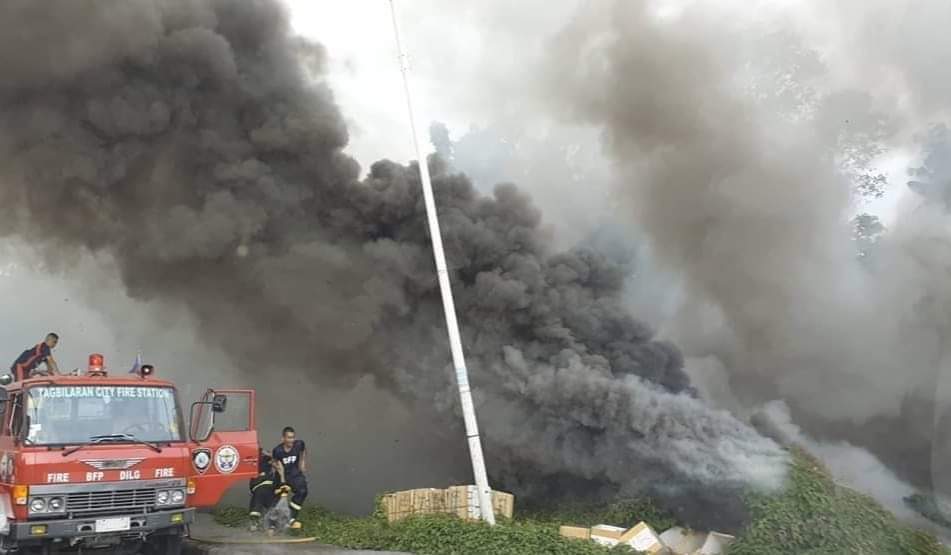 An afternoon fire broke beside a heritage house in Sitio Ubos, Tagbilaran City.

The incident reportedly started at around 3 p.m. Thursday, September 19, at a vacant lot beside the Casa Rocha-Suarez Heritage house along Galle Franklin 3.

Residents said styrofoams piled on the vacant lot were owned by Elson Fishing.

A fisherman, who asked not to be named, said a man who is mentally ill was seen in the area playing with a match.

Firefighters from the Tagbilaran City Fire Station responded to the area.

The incident caused traffic congestion along the bridge leading to Dauis town.

The fire was contained after 15 minutes.

No one was hurt.