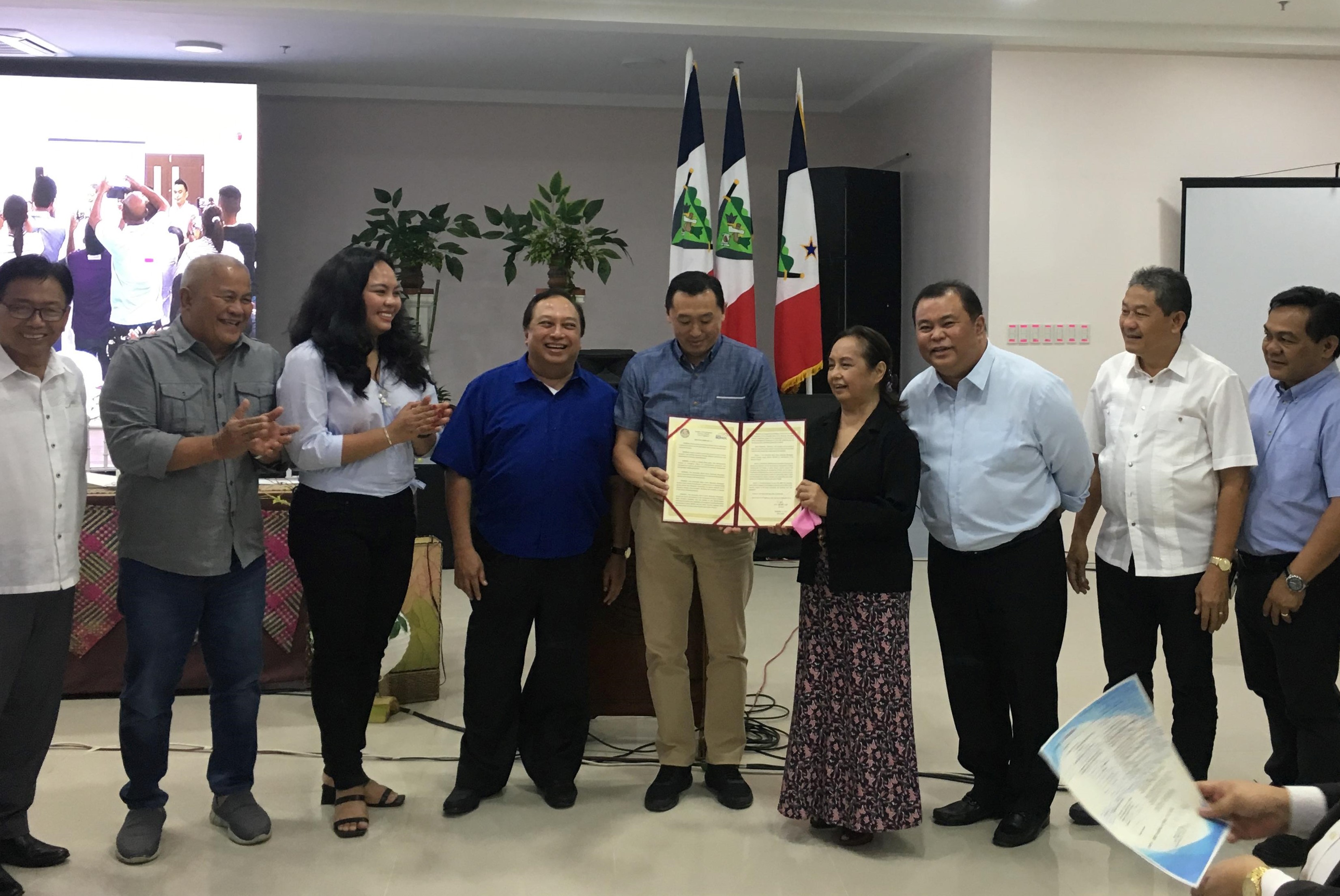 Bohol Governor Arthur Yap named former President and House Speaker Gloria Macapagal-Arroyo as a special adviser for development of the province of Bohol.

Yap, through Executive Order No. 19, made the presentation during the Consultation Meeting on Bohol’s Development Agenda with President Arroyo on Saturday, September 14), at the Ceremonial Hall of the Provincial Capitol.

“A working president who made many things possible in our province, she will always be my teacher,” said Yap who mentioned Arroyo’s contributions to Bohol.

On her second visit to Bohol this year, Bohol Vice-Governor Rene Relampagos conferred Arroyo as an “Adopted Daughter of the Province of Bohol.”

“Adopted Daughter of the Province of Bohol,” in gratitude for her unwavering support to the development of the province. The only president to have ever visited most, if not all the municipalites in Bohol including the city of Tagbilaran,” the resolution said.

The former president also volunteered to become Bohol’s special envoy and adviser under the leadership of Yap.Arroyo was accompanied by former secretary of Tourism Mina Gabor, and her former cabinet secretaries Peter Favila (DTI) and Gabby Claudio (Political Affairs).

Capping the event was a tree planting activity led by Yap and Arroyo and guests at the CPG Park.