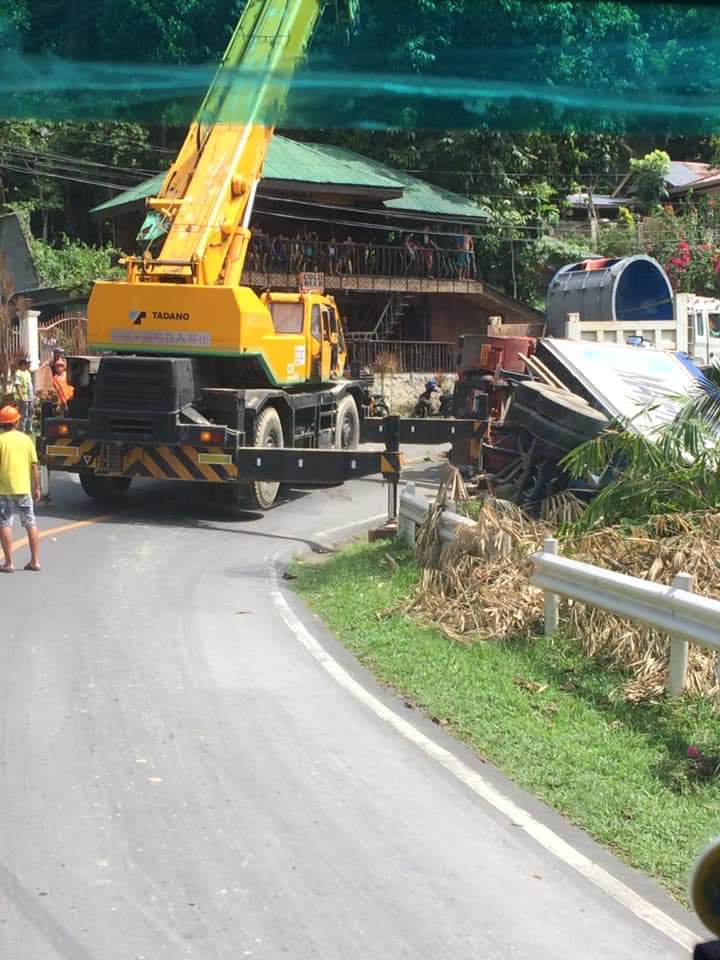 A trailer truck almost fell over the edge of the road in Barangay Gotozon in Loboc town on Sunday morning.

According to Police Senior Master Sergeant Rey Cubero of Loboc Police Station, at past 6 a.m. on Sunday, September 8, the trailer truck loaded with turbine was on its way to Santa Clara Electric Corporation in Barangay Gotozon in Loboc town.

Initial investigation said the truck lost its brakes as it was making a turn along a downhill highway in Barangay Gotozon, a hundred meters before the “Tinaig Manok.”

The trailer truck fell on its side and broke through the highway railings, and almost falling off a ravine 10 meters deep.

Luckily, only the cab part of the truck went over, so the weight of the trailer and its cargo stopped the vehicle from falling.

Cubero said nobody was even injured in the incident.

As of this writing, the truck is still in the area.

Personnel from local government of Loboc are already on site to assist motorist plying that route.