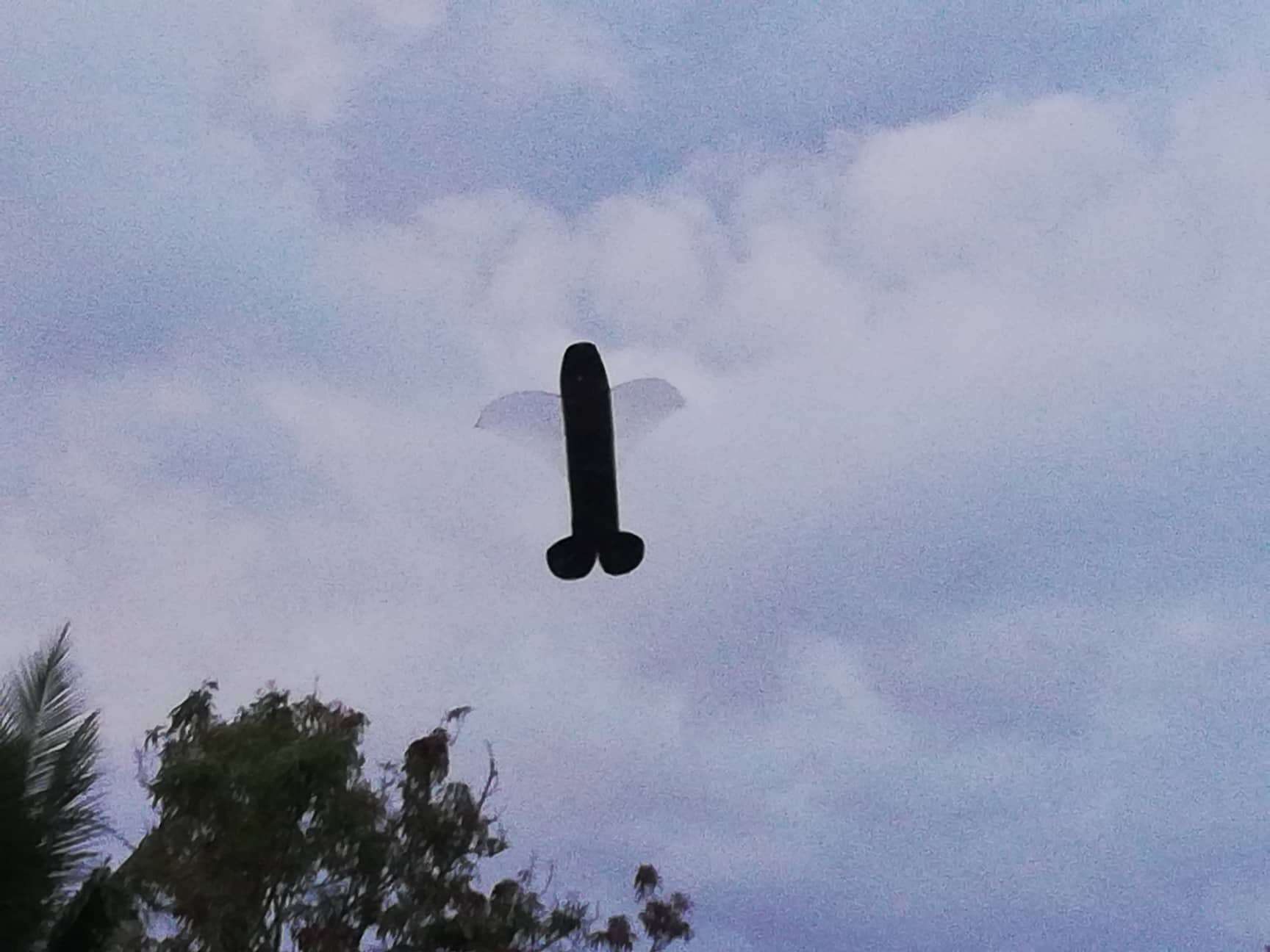 Residents of Tagbilaran City were surprised and can’t help but be amused of what they’ve seen flying on its skies.

A kite hovering over its skies that resembles of a phallic made some motorists stop at their tracks.

Bohol Island News was able to catch up with the maker of the kite.

He is 30-year-old Rey of Barangay Taloto in Tagbilaran City, Bohol.

According to him, he made this kite design just for fun and not intended to offend anyone.

He made it last April and it has a height of 8 feet.