DSWD-7, Habitat turnover another 194 shelter units in 5 LGUs of Bohol 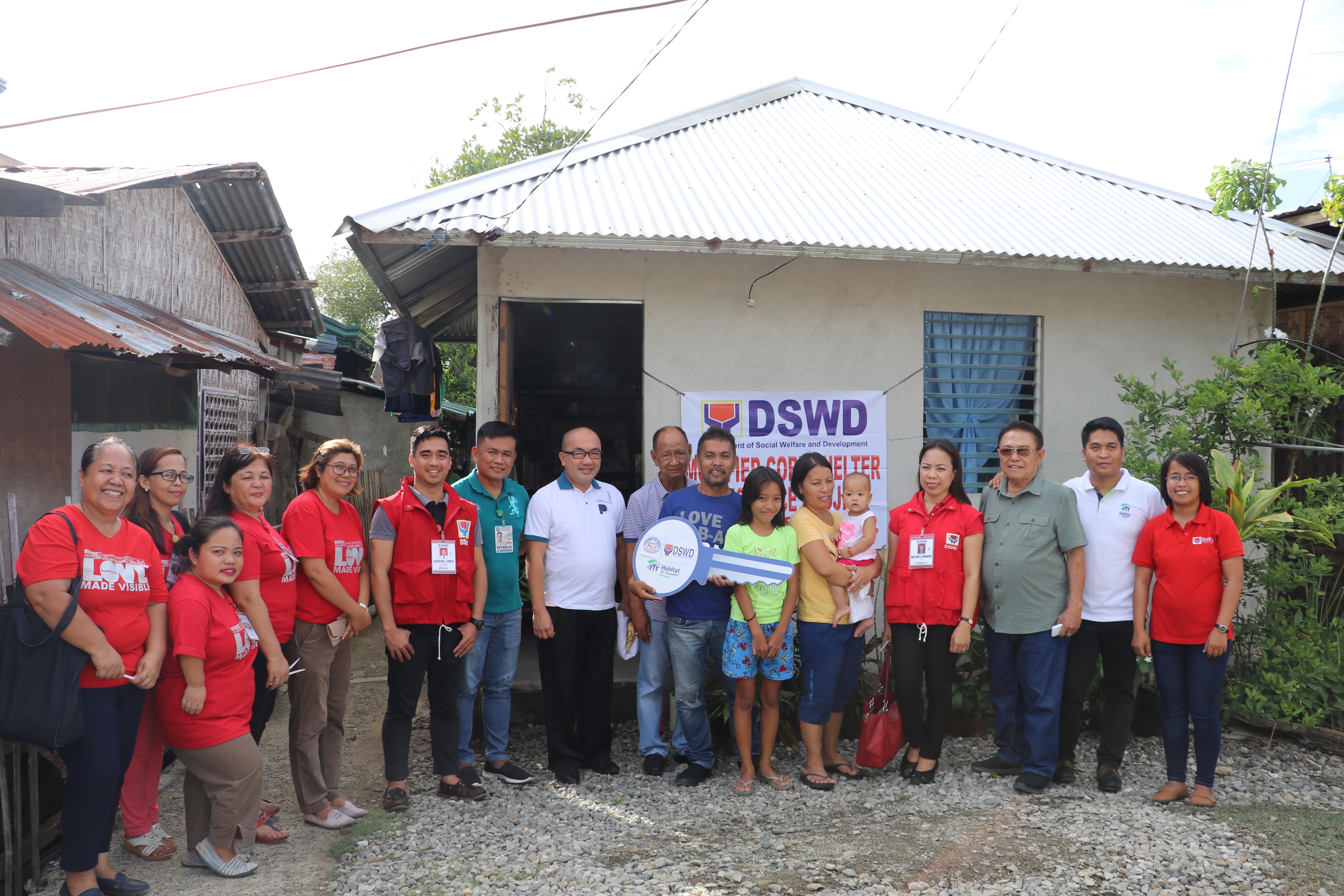 Almost six years since the 2013 earthquake in Bohol, beneficiaries from five towns in Bohol can now finally settle down in their new homes after another 194 units of Modified Core Shelter Assistance Project (MCSAP) were turned over to them last week.

The turnover held last June 6 was spearheaded by the Department of Social Welfare and Development (DSWD) 7 together with the Habitat for Humanity Philippines.

Among the towns that received these shelters are Sagbayan, Catigbian, Carmen, Balilihan and Tubigon.

Each core shelter has a total lot area of 25 sq. meters which includes toilet and installation of connection for electricity and water supply.

According to DSWD-7 Regional Shelter Infrastructure Officer Engr. Aguinaldo Jimenez, the core shelters are made following a modified design different from the common standard design of other core shelter projects.

Possible disasters like earthquake and typhoon that might hit the area again have been considered in the construction of the final modified design for the shelters.

Steel frames that are industrially fabricated and are precut with holes already as the main structural support of the shelters, helped in the fast and easy installation of the materials in spite of the distant construction site and the absence of electricity.

“The steel materials are good to use in an earthquake resilient design due to its high tensile strength and ductile nature that could withstand a maximum load or stress which make the design durable from collapsing,” Engr. Jimenez explained.

The beneficiaries of the core shelter project also had their share in the construction of the houses through provision of bamboo slots or “lipak” for alternative walling, preparation of lot, exaction of zocalo and septic tank, hauling of materials, labor-sweat equity and the installation of connection for electricity and water supply.

To address the loss of shelter of the victims of the 7.2 magnitude earthquake that have hit the Province of Bohol, The DSWD-7 in cooperation with Habitat for Humanity Philippines as its partner non-government organization established a project which aims to accommodate the housing need of the victims.

There has been a total of 2,751 units of the MCSAP that were officially turned over to the recipients in Bohol, while the remaining 1,535 units are set to be turned over on June 13-14 this year.

(I am really happy that we are living in a fully-equipped home now. Unlike before, we were only sheltered under a makeshift shack. I will take care and will not sell this house. This is only for my family),” Gina Canino, one of the recipients of the core shelters, expressed.

Certificates of Entitlement have been given to the recipients of the core shelter before the construction of their units while Certificates of Completion, Acceptance and Occupancy have been provided to them during the turnover of the units.

The Community Development Officer of the Habitat for Humanity Philippines, Mr. Ricardo Nogalada, also left short message and reminder to the recipients of the MCSAP units during the short program conducted after a ceremonial blessing and turnover of a core shelter unit in Sagbayan, Bohol.

(We have looked forward to providing you decent houses, and we are glad that we became one of the instruments used by God to help and give you hope. Now that your houses are officially turned over to you, may it always be a home occupied will love, understanding, and unity),” Mr. Nogalada shared.