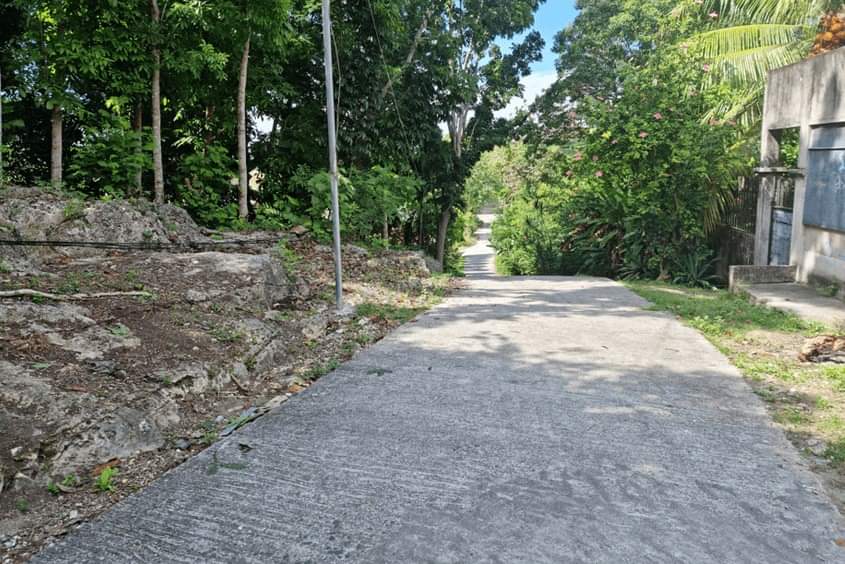 One need not go far to see a ‘marvel’ caused by the earth’s movements through the eons, a few steps off the eastern highway a few blocks before the ancient church in Baclayon is a proof that Bohol indeed rose from under the sea.

Here, a diligent observer would see giant-steps-like gradation of the landscape, one that forms terraces, clearly recognizable on aerial view.

Caused by drastic environmental changes like melting glaciers during the Pleistocene period and the fluctuating levels of seawater plus local tectonic and environmental conditions, these forces have contributed to an uplift that left three land terraces that is visibly exposed in Baclayon, Dauis and some areas.

Part of the natural geological formations that could help boost Bohol’s aspirations to be enrolled into the United Nations Educational, Scientific, Cultural Organization (UNESCO) global geoparks, the Baclayon Uplifted Marine Terraces were formed much older than the uplifted coastlines of the areas in Maribojoc and Loon.

Formed during the Pliocene-Pleistocene time, which is about 5 million years to 11,000 years ago, the Baclayon Uplifted Marine Terraces is what geologists termed as half-Horst structure where an upthrown block lying between two steep-angled fault blocks are pushed up by vertical tectonic movements, producing three levels of uplift spanning roughly two million years.

The subsequent vertical tectonic movements have resulted in landforms manifested in terraces that rise from 20 to 40 to 60 feet above the mean sea level, as is visible in Poblacion, Baclayon stretching towards Montana.

The same uplift can also be documented in Dauis, in the cliff behind the catholic cemetery and rising up to barangay Mayacabac to parts of Catarman.

In the vicinity of Baclayon, there are morphologically three terraces with elevations of 20 meters, 40 meters and 60 meters above sea levels, published a study, suggesting the intensive tectonic uplift of the island as seen in this site.

In dating the uplift, geologists used Uranium-Thorium isotope analysis and this indicated that the first terrace at 20 meters above sea level emerged between 129,000 years ago, and the third terrace which is at 60 meters high emerged about 310,000 years ago.

A rather graphic representation of the global footprint during the ice age, the terraced marine structure true enough, have indications of being long underwater with the presence of large and petrified fragments of giant bivalve sea shells and gastropods as collected by geologists Gero Hillmer and Joachim Scholz (Hillmer and Scholz) as published in 1986.

In Bohol, the bid for declaration as among the 177 UNESCO Global Geoparks in 46 countries could be the Philippines first entry.
UNESCO has opened up the geoparks for unified geographical areas where sites and landscapes of international geological significance are studied and managed with a holistic concept of protection, education and sustainable development.

A UNESCO Global Geopark uses its geological heritage, in connection with all other aspects of the area’s natural and cultural heritage, to enhance awareness and understanding of key issues facing society, such as using our earth’s resources sustainably, mitigating the effects of climate change and reducing natural disasters-related risks.”