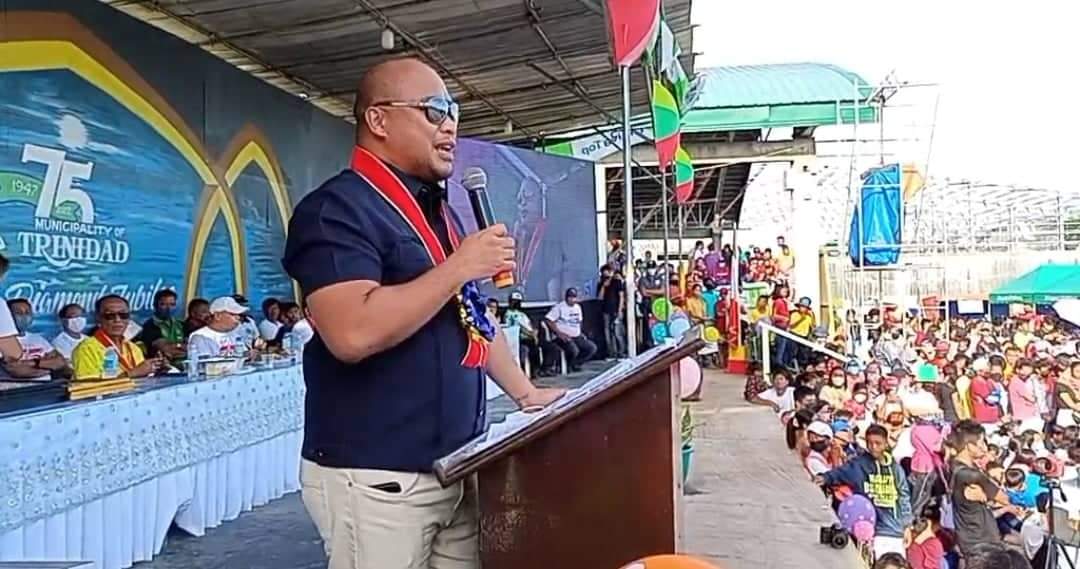 The municipality of Trinidad marked its 75th founding anniversary on Thursday, Sept 1.

The foundation day program kicked off with a fun run by its local officials headed by Mayor Roberto “Ondoy” Cajes.

It was followed by the opening of the agri-exhibit at the Trinidad Business Park.

Gov. Aris Aumendo, who was the guest of honor, expressed gratitude and joy that the people of Trinidad celebrated the town’s anniversary with pride and honor.

Aumentado said he never neglected Trinidad that even in his last term as second district representative, he left P69M projects.

Now that he is the governor of Bohol, he said he will support the corn and cassava farmers who will receive more equipment for their farms.

Trinidad town, a third class municipality, has at least 36,000 residents.